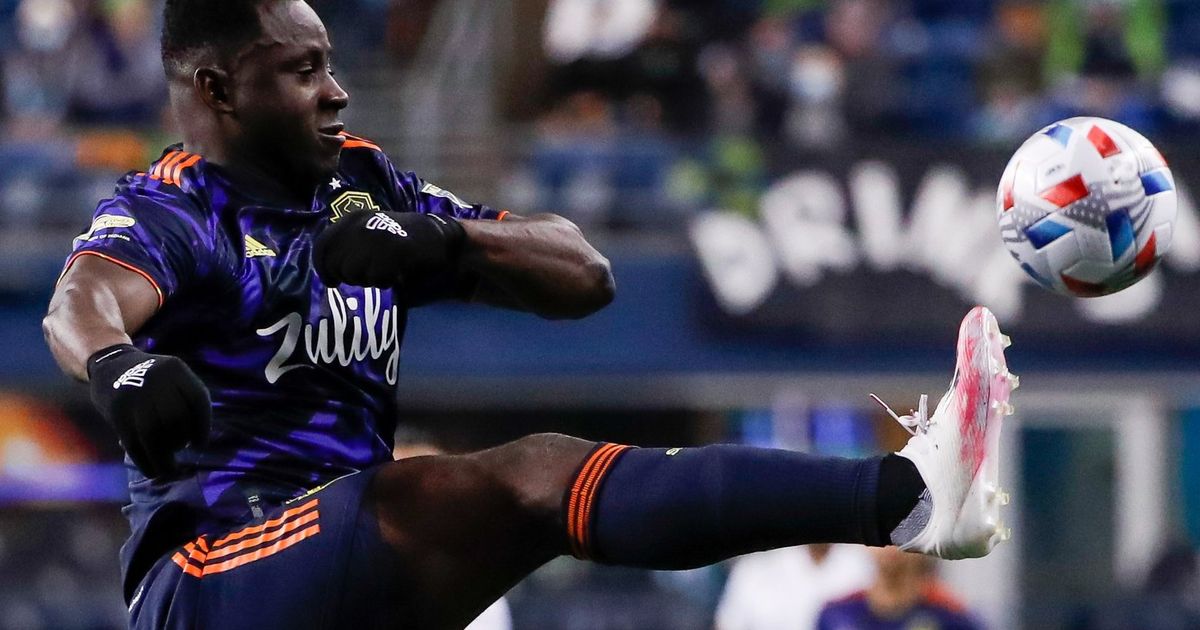 Colombia was scouring the globe for talent to fill its Copa America roster and landed on Portland Timbers midfielder Yimmi Chara for a slot. Chara hadn’t played for his national team since a friendly in March 2019.

For Sounders FC center back Yeimar Gomez Andrade, the selection was a sign his Colombian national team had eyes on MLS players. Yeimar hasn’t lived in his native country since he was a child and has never been part of its federation’s development system, but even at age 29, he remained hopeful to represent his country.

The call came Wednesday — in the form of an international game of telephone.

A family friend who’s always on social media called Yeimar’s uncle. Then uncle Edwin called Yeimar while the defender was working on his English homework at home in Renton.

“Papi, congratulations! You are summoned to the Colombian national team,” Edwin said, as translated from Spanish.

“You’re kidding me,” was Yeimar’s response. He immediately scrolled the national team’s Twitter feed to check the announcement for himself. Listed in alphabetical order, Yeimar found his name second from the bottom of 28 players.

The call from Colombian national team coach Reinaldo Rueda later that day made it all official. Yeimar is expected to depart Monday for two World Cup qualifying matches against Brazil (Nov. 14) and Paraguay (Nov. 16).

“This call surprises me a lot,” Yeimar, as translated from Spanish, told the bilingual online site Pulso Sports. “If you do things right, they can call you. I am physically and psychologically prepared. It will be a great experience because you never know if you can give things to the coach later.”

Yeimar will first help the Sounders close their MLS regular-season slate with a road match against the Cascadia rival Vancouver Whitecaps FC on Sunday. It’s a must-win for both sides for different reasons.

With a win, Seattle (17-8-8) can lock up the Western Conference’s No. 1 seed and an automatic CONCACAF Champions League berth. But the Sounders also need to win to end a five-game winless streak, their longest since 2013.

Vancouver (12-9-12) is seventh in conference standings. A win or draw is their easiest route to clinch a postseason berth.

“The key is to be humble, learn every day and work hard. That’s what I’ve been doing,” Yeimar said after training Friday at Starfire Sports in Tukwila. “(The Colombian coaches) said they’ve been watching our league and following my progress here and that this is a just reward for the work I’ve been putting in the last couple of years.”

Yeimar’s call-up is partly due to countryman Yerry Mina suffering a hamstring injury during training with Premier League side Everton last month, the injury confirmed by Everton coach Rafa Benitez. Mina is a staple for the Colombian federation’s defense, helping record three clean sheets during qualifying matches in October.

But Colombia doesn’t have a shortage of talented defenders it can call on. Yeimar’s longtime career playing in Argentina gave him credibility among South American soccer purists. The defender credits a rocky start this season for what piqued interest in how he could contribute internationally.

The Colombian was signed by Seattle in February 2020, helping the Sounders reach the MLS Cup final. He started this season on the bench for the first two matches. Yeimar broke into the starting lineup, again, for a shutout win against the Los Angeles Galaxy in May and has been a first-choice starter since.

“At the time, the decision the coaches took was what was best for the team,” Yeimar shared of the message from Sounders coach Brian Schmetzer. Former assistant coach Djimi Traore worked closely with the defenders. “It helped me work harder and get better as the season progressed. That’s why I am where I am now. In the end, it helped me get this far.”

Yeimar’s 86 interceptions leads the league by an 18-point margin. He’s fourth in tackles with 53 and has an 81.5% passing accuracy percentage.

His physical dominance earned him a spot on MLS’s All-Star team and Yeimar is a leading candidate for the league’s Defensive Player of the Year.

“He’s very good about reading opposition’s runs, reading the flight of the ball,” Sounders midfielder Kelyn Rowe said. “The guy is incredibly athletic, but he has a soccer brain that is above most.”

France is the defending World Cup champion. The latest odds released this month have Brazil taking the crown in Qatar. The South American giant, which is undefeated in CONMEBOL qualifying, hasn’t won the global title since 2002.

There are two more windows in January and March to complete the qualifying process for the 10 nations that comprise CONMEBOL. The top four nations advance, and the fifth-place team will play a two-legged intercontinental “wild card” against a to be determined opponent to qualify.

If the World Cup were to start today, Colombia would advance. The tournament will run Nov. 21 through Dec. 18, 2022 during Qatar’s milder weather months.

While there’s a possibility Yeimar and Colombia will be there, for now, he’s looking forward to seeing his native country for the first time in two years due to the pandemic. And meeting national team striker Radamel Falcao.

“I’ve looked up to him during my playing career,” Yeimar said of Falcao. “It’s an honor to play with the more famous center backs of Colombia. I’m ready to chip-in with what I can for the team. It’s always been my dream and now that I’ve got it, I’m very happy.”


Jayda Evans:
206-464-2067 or [email protected]; on Twitter: @JaydaEvans. Jayda Evans covers the Sounders. She offers observations, critiques, and occasional offbeat tales. Evans also has written a book on the Storm and women’s hoops titled, “Game On!”