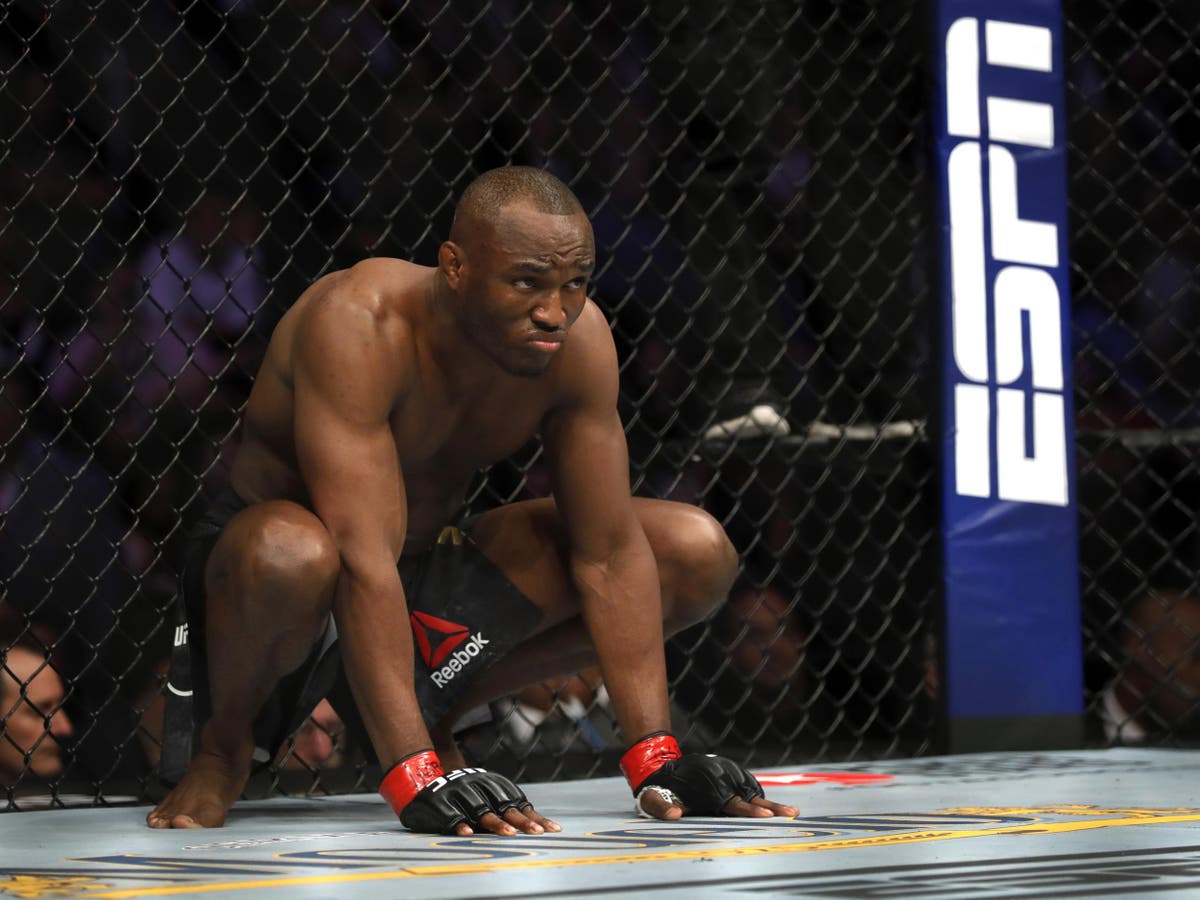 Welcome to our live coverage of one of the biggest MMA events of the year: UFC 268, which takes place at Madison Square Garden in New York City tonight.

The main event sees fierce rivals Kamaru Usman and Colby Covington battle for the welterweight title for a second time, following their all-time great contest two years ago. In December 2019, champion Usman finished Covington in the fifth round after the two elite wrestlers put their usual gameplans aside to trade non-stop punches and kicks for the best part of 25 minutes. Ahead of the pair’s second meeting tonight, the co-main event will also be a title-fight rematch, with Weili Zhang looking to regain her strawweight belt from Rose Namajunas, having been finished by the American via first-round head kick in April.

Perhaps the most anticipated fight of the night will in fact kick off the main card, as lightweight contenders Justin Gaethje and Michael Chandler go head-to-head in what is expected to be a brutal encounter. In his last bout, over a year ago, Gaethje challenged for the division’s title but was submitted by then-champion Khabib Nurmagomedov, who subsequently relinquished his belt and retired. With the vacant strap on the line earlier this year, Chandler came up short against Charles Oliveira, but the winner of tonight’s all-American clash might just receive another shot at the gold next.

Follow live updates from the UFC 268 prelims and main card, below.

Curtis lands a nice hook to the body, then a kick. He staggers Hawes with a counter left hook to the head!

Hawes stumbles and eventually collapses! The referee steps in!

Against the run of the fight, Curtis secures the knockout!

Slick one-two from Hawes at once. He looks very tidy in all of his movements, even the smallest ones. He fires off a straight right and two front kicks to the body. Another.

Curtis catches a body kick attempt, then dodges a jab. He just misses an uppercut as Hawes enters.

Hawes tries for some side kicks to the knee. He threatens some takedowns, too – just to keep Curtis guessing, it seems.

Some nice knees up the middle from Hawes.

In his 35th pro fight, Curtis is finally making his UFC debut – having featured on the company’s Contender Series TV show three years ago.

He faces a tough task here, though, as he takes on fellow Contender Series alumnus Hawes, who is 3-0 in the UFC.

Next up on the prelims is Phillip Hawes vs Chris Curtis in a middleweight contest.

On the canvas, Shahbazyan tries for a guillotine but he doesn’t have his hands connected…

Imavov is able to escape and is now in his opponent’s guard, raining down heavy strikes.

Shahbazyan is bleeding badly! Imavov moves into a crucifix mount and is elbowing Shahbazyan, who has no way of defending himself!

He tries to buck his hips to get Imavov off him – ‘bridging’ – but he can’t! And the referee steps in to halt the onslaught of elbows!

The Russian-born Frenchman has Shahbazyan up against the fence, but Shahbazyan reverses the position.

Another choke attempt by Imavov, it looks like a standing D’Arce… Again Shahbazyan escapes!

Shahbazyan goes for another takedown, but once again he’s caught in a D’Arce! It’s a naive move from the youngster.

Somehow, he gets out yet again, wow…

Shahbazyan with a heavy outside low kick early on. Then another from the 23-year-old, who is light on his feet here.

Imavov swings a wide hook, but his opponent counters with two quick jabs.

Imavov, a rarity as a Dagestani who prefers to strike rather than wrestle, lands an overhand right.

The pair grapple against the fence now, to the dismay of the MSG crowd… Shahbazyan has the advantage, and appears to have cut Imavov in the melee.

Shahbazyan surprisingly lands a takedown, but is forced to escape a decent guillotine attempt!