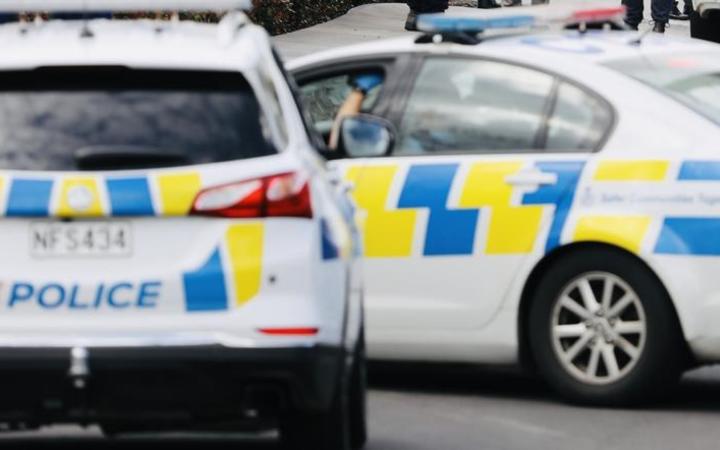 Police have charged two people and recovered a firearm following an alleged carjacking and pursuit in Manawatū this afternoon.

In a statement, police said they were alerted to a report of a high-risk offender in a stolen vehicle in Tangimoana at around 3:15pm.

The offender then allegedly stole another vehicle from a member of the public and allegedly pointed a firearm at them.

“They were uninjured in the incident but are understandably shaken and are being supported,” police said.

The vehicle failed to stop and police pursued in a chase involving the Armed Offenders Squad and air support.

The vehicle was stopped with road spikes along State Highway 56 south of Palmerston North and the driver and passenger were arrested at the scene, police said.

A 34-year-old man and a 19-year-old woman have each been charged with two counts of aggravated robbery, unlawful possession of a firearm and unlawful taking of a motor vehicle.

They are due to appear in the Palmerston North District Court tomorrow.

Police said they also recovered a firearm, and are not ruling out further charges.

“This was a very serious, fast pace incident and we acknowledge it was very distressing for the community,” police said in their statement.

“We want to reassure the wider Manawatū community that there is no risk to their general safety.”

Police investigations are continuing, and the Independent Police Conduct Authority has been notified.