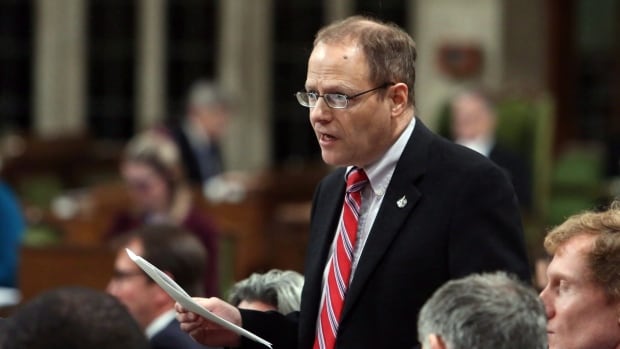 It’s a job that can be seen as both a promotion and consolation prize — a reward for loyal members of Parliament and rising stars on the government benches and a way to soothe the sting of being left out of cabinet.

To be a parliamentary secretary is to exist in a unique, little-understood niche in Parliament — the middle benches, where the occupants are neither ministers nor backbenchers.

With Parliament returning Nov. 22, Prime Minister Justin Trudeau will soon name a fresh crop of parliamentary secretaries to support 38 ministers. Each will earn $18,100 on top of the annual MP salary.

But the pay bump may not be the real incentive. Many see the job as an audition for a future cabinet spot.

Since 2015, Trudeau has appointed 17 ministers who served first as parliamentary secretaries — including five of the eight new ministers named last month.

So what does a parliamentary secretary do?

They’re expected to help shepherd a minister’s bill through Parliament by liaising with MPs, fielding questions and defending proposed changes.

Outside the chamber, parliamentary secretaries can stand in for a minister at public events.

They waive the right to bring in their own private member’s bills or motions “as this could give the appearance of endorsement by the government or the minister,” the guide states.

They are also not permitted to chair Commons committees or be a voting member of a committee on a topic that falls within their minister’s sphere of responsibility.

She said parliamentary secretaries are “quite valuable” to the political process because they help ministers manage their workloads and help bureaucrats who may have “trouble accessing the minister’s attention.”

The role is important to prime ministers as well, de Clercy said. It serves as a tool of party discipline — “the carrot part of the carrot and stick equation” — and allows a PM to build a talent pool for future cabinet appointments, she said.

“It’s a way that they can train and vet future ministers,” de Clercy said, adding that parliamentary secretaries are typically chosen “with some care” to ensure diversity.

Some parliamentary secretaries are given specific policy files of their own — and the power to pursue them.

Before he became a cabinet minister in 2018, former Toronto police chief Bill Blair was considered the point man on the government’s efforts to legalize marijuana, serving as parliamentary secretary to both the minister of justice and and the minister of health.

Learning on the job

Omar Alghabra handled the consular affairs file for almost three years as parliamentary secretary to the foreign affairs minister. He was promoted to cabinet in January as the transport minister and was reappointed to that job last month.

“I firmly believe that parliamentary secretaries play a vital role in our parliamentary system and are instrumental in moving forward not only the government of Canada’s agenda but also in fulfilling the mandates within their department while serving Canadians,” Alghabra told CBC News.

Alghabra said his time backing up the foreign affairs minister, the international trade minister and Trudeau himself gave him “an appreciation for the inner workings of government and the greater impact it has on our country.”

Over on the Official Opposition benches, six of the nine former ministers from the Stephen Harper era who are still serving — including Conservative Leader Erin O’Toole — had earlier stints as parliamentary secretaries.

Conservative MP Kerry-Lynne Findlay, who represents the British Columbia riding of South Surrey—White Rock, was parliamentary secretary to the justice minister for 22 months before she was named to cabinet in 2013.

She said that Commons question periods on Fridays often feature a lot of parliamentary secretaries because fewer ministers are in the chamber. That made her weekend commutes a lot more taxing — she would fly home Friday evenings only to head back to Ottawa Sunday mornings.

“There’s very little to prepare you for the unique workplace that is Parliament other than just doing it and being in the thick of it,” she said. “So as a parliamentary secretary … you’re getting that on-the-job training, if you will, to think on your feet.”

Findlay said parliamentary secretaries are often called on to make media appearances and mix it up in scrums with other parties’ critics.

“You are expected to be up to speed on all legislation in your ministry,” she said.

Not all parliamentary secretaries make it to the big table.

Kevin Lamoureux, the Liberal MP for Winnipeg North, has been parliamentary secretary to the government House leader since 2015, backing up three different ministers.

He told CBC News he “hopes and prays” he will be reappointed to the role. Unlike ministerial appointments, parliamentary secretary appointments expire when an election is called.

Lamoureux said that as far as he’s concerned, being a parliamentary secretary is a “dream job” and “better than being a minister.”

“I couldn’t think of anything … well, maybe minister of immigration or something of that nature … But it’d be really tough for me to find something that’s more rewarding,” he said.

Lamoureux said he enjoys his almost unlimited opportunities to speak in the House and verbally joust with opposition MPs.

“Opposition doesn’t only hold the government accountable,” he said. “Part of my job is to hold the opposition accountable, and I enjoy doing that.”

The hardest aspect of the job, he said, are the long hours spent away from home. When Parliament is in session, he’s expected to log a lot of hours in the chamber.

“I truly believe that whatever role that you’re given, whether you’re in government or in opposition, can be the best job in the House of Commons,” Lamoureux said. “It’s what you make of it.”

Parliamentary secretaries are kind of a “forgotten lot” and their work is too often “underappreciated,” said longtime Conservative MP Colin Carrie.

From 2006 to 2015, the MP for the Ontario riding of Oshawa served as the parliamentary secretary to Conservative ministers of industry, health and the environment.

Much of the job is “grunt work,” Carrie said.

“You’ve got the committee work. You have to be ready for question period if the minister can’t be there. You’re doing speeches. You’re doing events. You’re doing ceremonies and all kinds of stakeholder meetings,” he said.

Carrie never got the call to cabinet. He said he never minded — that the chance to negotiate with MPs of all stripes to pass legislation helped him make friends across all party lines.

“Sometimes you don’t get the limelight but you know that you really made a difference in people’s lives,” he said.

This article is part of CBC News’ Minority Report newsletter, which will help you navigate the parliamentary waters of a minority government. Sign up here and it will be delivered directly to your inbox.