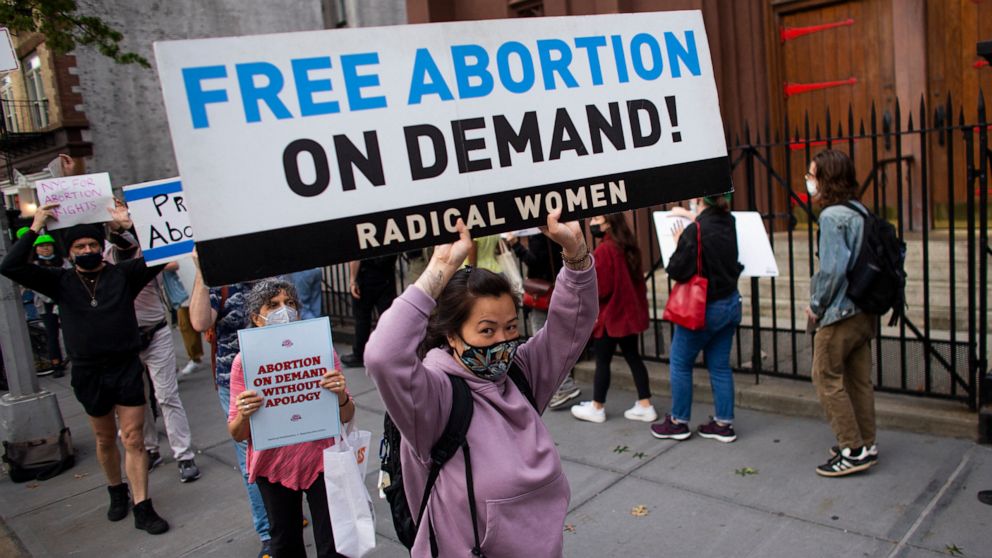 The nation’s most restrictive abortion law remains in effect, for now.

The most restrictive abortion law in the country will remain in effect, after a federal appeals court sided with Texas on Thursday in an ongoing legal battle with the Department of Justice.

The law, known as SB8, bans physicians from providing abortions once they detect a so-called fetal heartbeat — which can be seen on an ultrasound as early as six weeks into a pregnancy.

The law, which went into effect on Sept. 1, was briefly paused after a federal judge issued a temporary injunction last week barring its enforcement. Days later, the law was reinstated after a panel of judges on the Fifth Circuit Court of Appeals issued a temporary administrative stay.

In the latest development of the high-profile case, the court rejected the Justice Department’s request to again halt Texas’ ability to enforce the law. In a 2-1 order Thursday night, a panel of judges granted Texas’s request to continue to stay the preliminary injunction while it pursues its appeal.

The court’s order did not detail its reasoning behind the ruling, which is expected to be appealed to the U.S. Supreme Court.

“Next stop, #SCOTUS,” University of Texas constitutional law professor Steve Vladeck said in a post on Twitter following the ruling.

Under the law, private citizens can sue a person they “reasonably believe” provided an illegal abortion or assisted someone in getting it in the state, and is crafted to prevent any state official, other than judges, from being responsible for enforcement.

In a 113-page ruling initially granting the preliminary injunction, U.S. District Court Judge Robert Pitman was scathing in targeting the state in how he says it schemed to evade judicial review.

“A person’s right under the Constitution to choose to obtain an abortion prior to fetal viability is well established,” Pitman wrote. “Fully aware that depriving its citizens of this right by direct state action would be flagrantly unconstitutional, the State contrived an unprecedented and transparent statutory scheme to do just that.”

After the injunction was issued, some abortion providers in Texas briefly resumed providing abortions after cardiac activity was detected, only to have the ban back in effect within 48 hours.

Since the law went into effect, women have had to travel hundreds of miles to obtain an abortion out-of-state, inundating neighboring states’ abortion clinics. Abortion providers in Texas have that some clinics may have to close down for good due to the law.