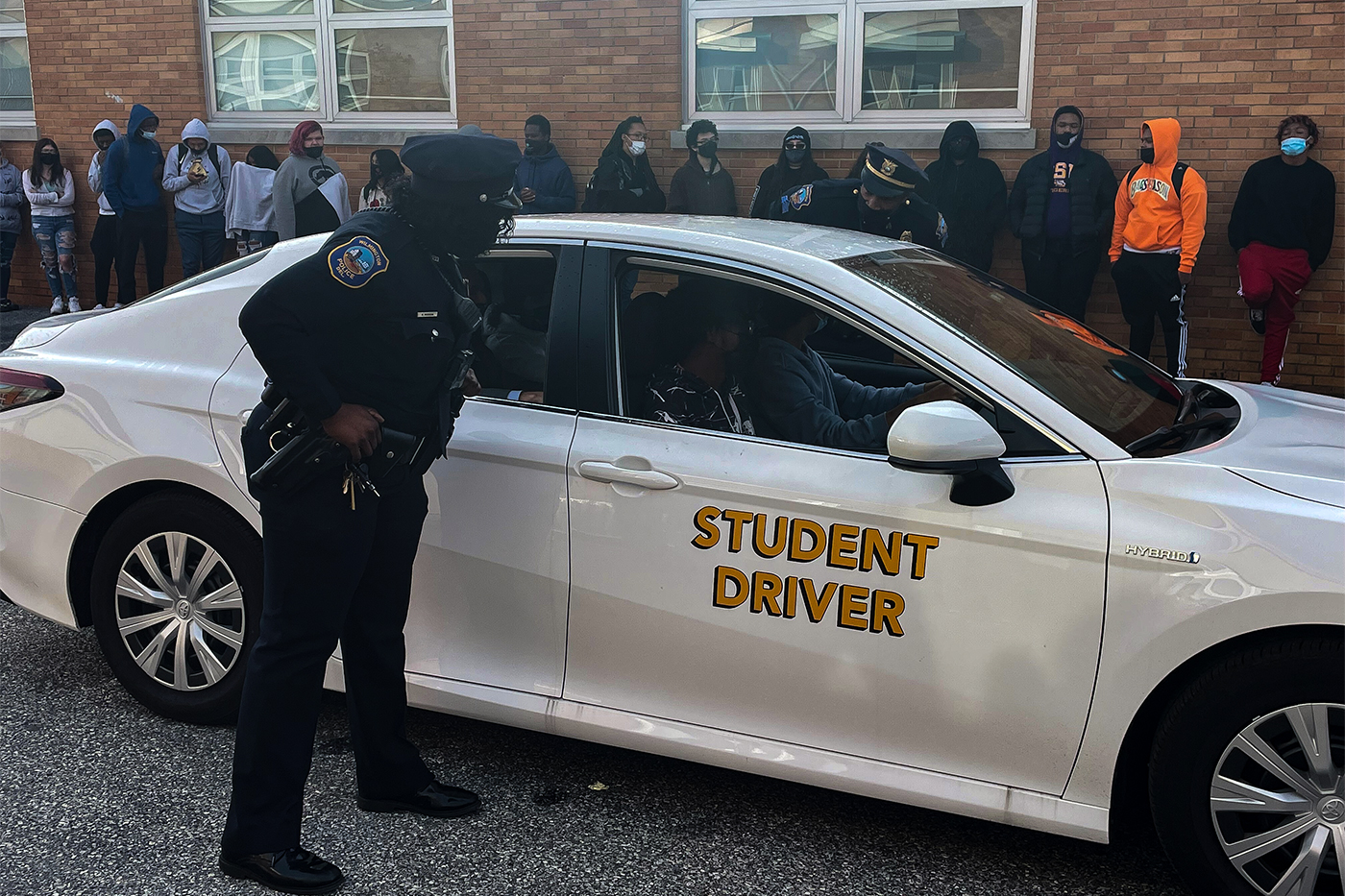 Police ‘want to know where the kids’ hands are’

U.S. Attorney David Weiss realizes the public has a right to prevent officers from searching their vehicle and to record the stop. But he urges kids to be civil and comply with demands to provide their license and registration and to show their hands.

“There are reasons for those requests,’’ Weiss said. “They want to bring down the anxiety level. They want to know where the kids’ hands are. No furtive movements. Try to respect one another, work with one another and everyone goes home safely.”

The initiative has reached 1,200 students this school year, and Weiss said he plans to reach thousands more in the next few months.

Kyle Hitchens, who teaches drivers ed at William Penn, said he tells kids to keep calm at all times and do what they have been taught in class and on the road..

“People are on high alert,’’ Hitchens said. “So an important thing for them to do is just to take a deep breath.  Make sure you put your car in park, take your foot off the brake, roll your windows down. If it’s nighttime, turn your light on and just have your hands visible and then just communicate with the officer and do what they’re asking you to do.”

During one simulation where he was caught going 45 mph in a 35 mph zone, Georges exercised his right to know why he was pulled over and to ask for leniency – all while one pal would not stop talking over everybody.

When his vocal pal in the back blurted to the cop that “we weren’t going that fast,’’ Georges asked the officer to “just ignore’’ his passenger, then asked, ”Can you let us off?”

But even if the cop gives drivers a traffic ticket, or worse, discovers a criminal offense, Weiss urges all drivers – not just teens – to keep their cool. The same advice goes if the driver thinks the officer’s behavior is questionable.

“If marijuana’s on the scene, if you’re under the influence, clearly it’s not the best circumstances for the citizen, but you want that person to survive the encounter,” Weiss said. “You don’t want them being aggressive with the police. Run your case through the court system and hopefully justice is done at the end of the day.”