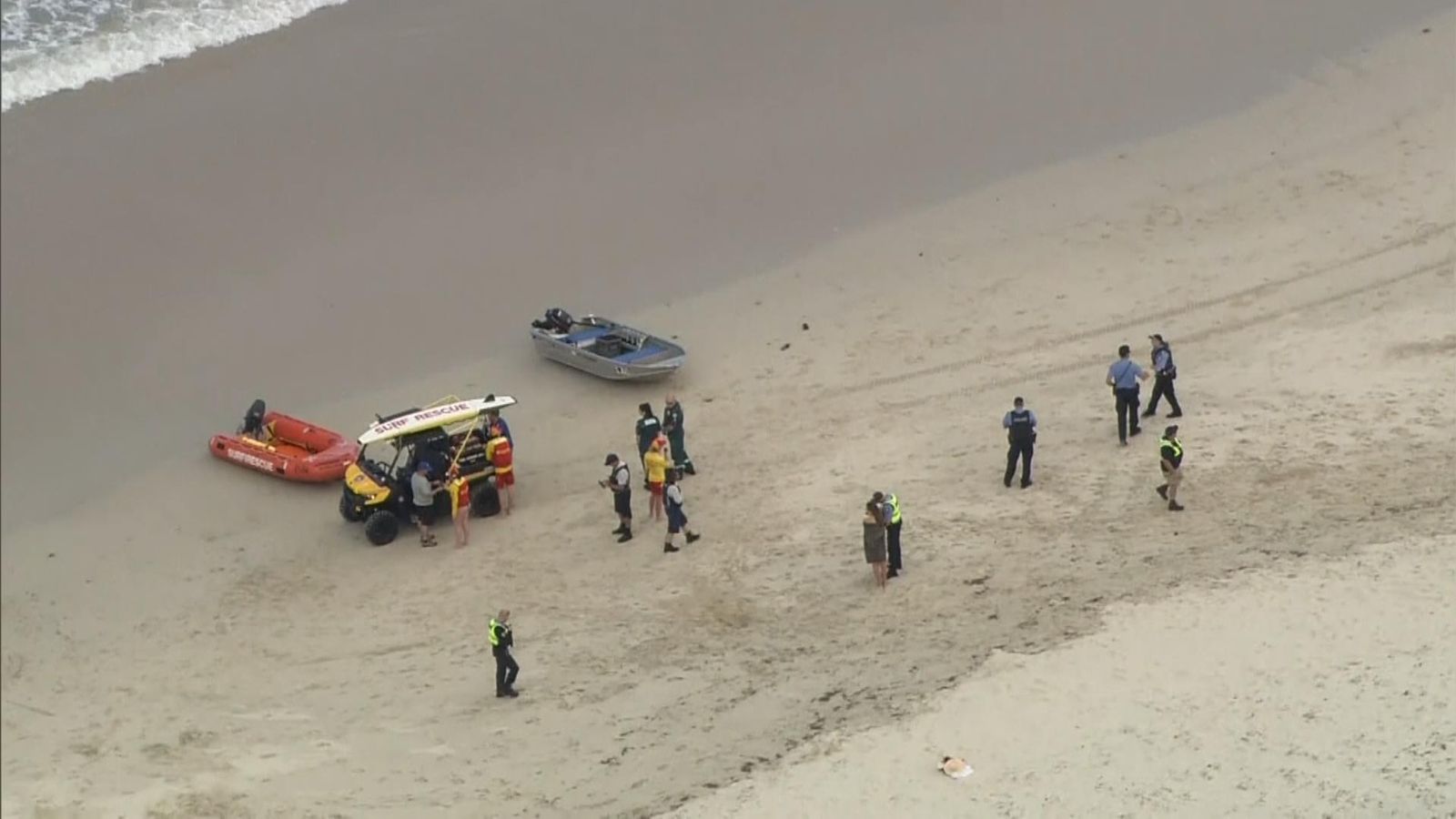 A swimmer is missing after reports of a shark attack off the coast of Western Australia.

Police, rescue boats and helicopters have been searching for the man in and around Port Beach in Fremantle, which is part of the Perth metropolitan area.

It is believed he was swimming next to a dinghy when witnesses suggested he was attacked by two sharks – a great white and a tiger.

Beaches from Leighton to South Beach were closed and police praised the courage of beachgoers who made sure no one else was hurt.

“I can say that the actions of the witnesses were heroic and very brave: for getting everyone else in the water out of the water and notifying everyone of what was happening,” said Acting Inspector Emma Barnes.

Suzanne Harding was at the beach and about to go in the water when a woman stopped her and said, “Don’t go in there, there’s been a shark sighting.”

“At this stage there were dinghies just off to my left, just down a bit, and then within a minute or so – obviously we didn’t go into the water – these young boys in the dinghy came screaming up along the beach, waving everyone out of the water,” she said.

She said she did not know at that point if anyone had been hurt or injured.

Alex Dodds told ABC News he was at Port Beach and was shocked when he found out about the incident.

“Apparently they’re looking for a body, so sounds pretty bad,” he said. “Hopefully they can find it.”

He said he was attacked by a large great white shark in Leeman in June, so “it’s close to home”.

“I was coming down for my first swim post-op, six weeks ago,” he said. “First time back in the ocean after my attack, so pretty heavy.”

The encounter happened on the anniversary of a shark attack that claimed the life of local swimmer Ken Crew off Cottesloe Beach in 2000.

There have been 17 shark attacks in Australia this year and two deaths, according to data from the Taronga Conservation Society, an Australian government agency in charge of several zoological parks.

Compared with other countries, Australia has one of the highest numbers of unprovoked shark encounters with humans, ranking second behind the US in 2019, the University of Florida’s International Shark Attack File shows.