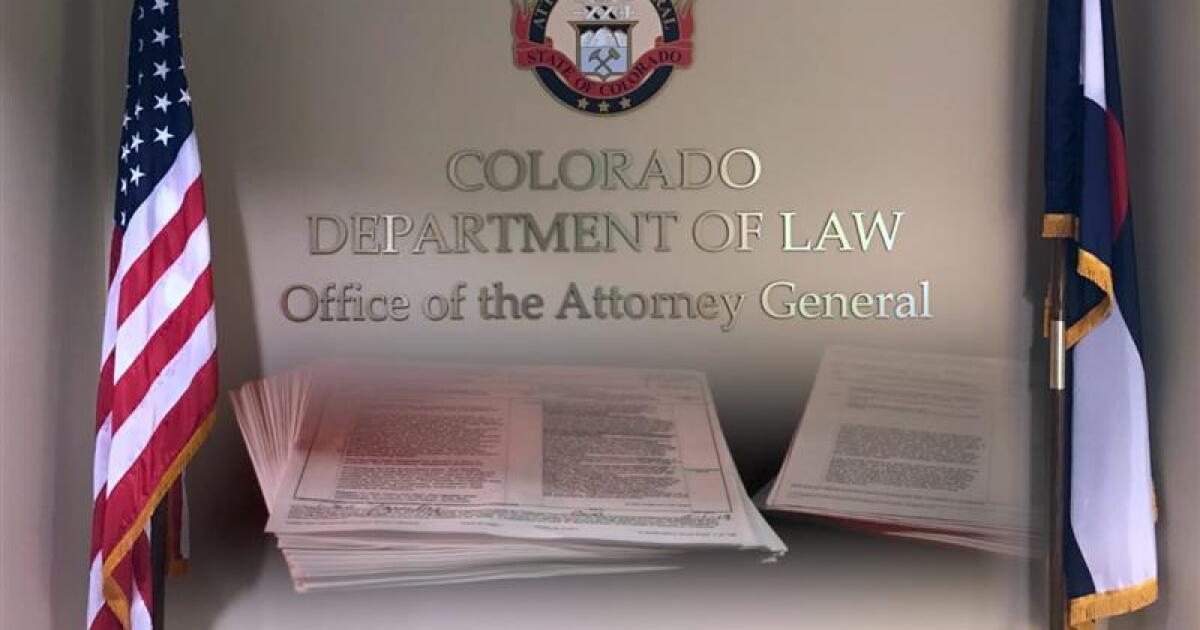 DENVER — More than two years after launching an investigation into a northern Colorado mental hospital regarding accusations of Medicare, Medicaid and insurance fraud, Colorado’s attorney general still has yet to provide answers.

“How long does this take?” said Jenny Hetei, whose husband Tibor died at Clear View Behavioral Health in Johnstown in 2017. “If a healthy, loving, 47-year-old man dies unnecessarily at the hands of people that are supposed to be caring for him… if that happens, there needs to be accountability for it.”

Hetei learned a few days after her interview with Denver7 Investigates that the attorney general’s investigation into her husband’s death at Clear View is complete, and no criminal charges will be filed.

Accusations against Clear View first came to light in 2019 involving the now former owners of the mental health hospital. The facility was shut down by the state in September 2020.

Colorado Attorney General Phil Weiser previously told Denver7 Investigates, which has published more than a dozen stories regarding the accusations at Clear View, that the allegations were concerning and that his office was investigating.

“We’re going to work hard to get the right result, and for anyone who acted wrongly, we want to hold them accountable,” Weiser said in a prior interview.

The investigation was sparked after several current and former Clear View employees, along with patients and family members, stepped forward to expose the dysfunction at the mental health facility.

The testimonials included accusations of insurance fraud with several people saying they felt the facility needed to be shut down. Others noted that patient care was “not a priority,” and the facility billed for services that were not provided, particularly group therapy sessions.

Attorney Jerome Reinan, who has filed six lawsuits against Clear View, also wants to know why the attorney general’s investigation is still ongoing.

“We have interviewed, I think, over 40 people in this case, and just about everyone has told us this facility, Clear View, was charging for services that they didn’t provide and could not provide,” he said.

Last year, more than a year after the first reports on Clear View came out, Weiser told Denver7 that this investigation was on his radar, but could not provide a timetable as to what would happen.

“There is ongoing scrutiny about Medicaid and Medicare fraud,” he said.

Reinan recently filed an affidavit in one of his cases against Clear View that consists of claims from a former medical director that the hospital failed its patients and schemed to defraud insurance companies.

“It’s huge. You have the administrator of Clear View attesting under oath that this place was in a crisis-level problem as of early 2018,” Reinan said.

The affidavit stated that Clear View billed patients and insurance companies under the medical director’s name, even though he didn’t see or assess the patient. It also stated that there were many instances in which he would learn a patient was admitted under his name even though he had never assessed the patient or ordered that patient should be admitted.

Weiser declined an interview request from Denver7 Investigates for this story and instead released a statement:

“The Medicaid Fraud Control Unit in the Colorado Department of Law is committed to protecting the integrity of the Medicaid program and protecting Coloradans who receive care from facilities that accept Medicaid funds. Investigations are complex and the unit handles each case with care and professionalism. Because the Clear View investigation is ongoing, we cannot comment further at this time.”

Multiple calls to Clear View’s parent company in Tennessee for this story were not returned.