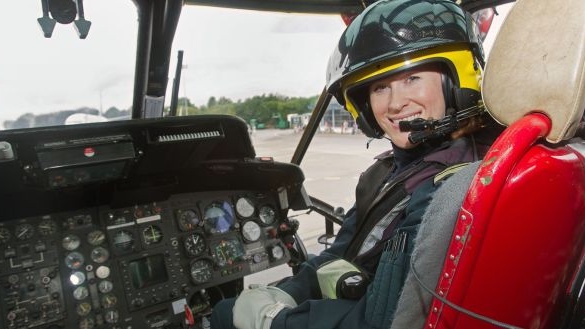 The father of Capt Dara Fitzpatrick said he was “quite shocked” by some of the findings in the report into the Rescue 116 helicopter crash that killed his daughter and three other crew members four years ago.

When asked by Katie Hannon on RTÉ Radio why he did not sound more angry about the circumstances of what happened on the night she died, John Fitzpatrick replied : “Anger really doesn’t get you anywhere. I’m sad.”

An Air Accident Investigation report found that concerns were raised about a small island not appearing on a warning system that alerted pilots to dangerous terrain nearly four years before Rescue 116 helicopter crashed into it, killing all four crew.

Mr Fitzpatrick said what “particularly gets to” him is that the issue was flagged in 2013 and not addressed.

Capt Fitzpatrick, Capt Mark Duffy and winch team Paul Ormsby and Ciarán Smith died when the Irish Coast Guard Sikorsky helicopter crashed at Blackrock island, 13km west of Blacksod, Co Mayo, in March 2017, as it was travelling to help airlift an injured fisherman off a boat.

He said the inquest into the deaths of the crew members, which can now go ahead because report is published, will give “finality” and will “mean an awful lot” to the families.

However, Mr Fitzpatrick said he did not intend to take any legal action over his daughter’s death as it would “prolong the whole thing”. And he said her son has been provided for because “Dara was a good manager”.

Mr Fitzpatrick said the series of events which led up to the crash were “extraordinary”. He said it was as if “fate had designed it”.

“She was a good pilot. She did her job well,” he said. He said having the final report will help him move on.

The 350-page report states Rescue 116 was en route to Blacksod refuelling station when it struck the western end of Blackrock island and then crashed into the sea.

The investigation found the crew had been “unaware” the helicopter was heading straight for the island, with the mission taking place at night in poor weather.

It also said the island did not appear on the helicopter’s Enhanced Ground Proximity Warning System, (EGPWS) which alerts pilots if an aircraft is in danger of hitting land.

Concerns about Blackrock not being mapped had been raised by a pilot who had identified the omission and suggested those using the system should be warned, but the report said this “was not acted on”.

In an email to colleagues dated June 26th, 2013, the pilot said he had noticed the lighthouse on Blackrock island was not showing up on the warning system, which was an “obvious hazard”.

Two days later, the report says, a pilot emailed the manufacturer of the system, informing them that “a few islands and lighthouses” were not included in its database and asked if it was possible to have them added. The report did not say if this was the same pilot or a colleague.

The manufacturer replied stating it would examine the matter. The manufacturer later told investigators that it could not find any evidence it had been provided with “specific actionable data on what islands and lighthouses to add”, and the matter was closed in March 2015 with no action taken.

The pilot who raised the concerns had copied eight CHC [company] staff on the email.

“There was no evidence that any of the eight people who were made aware by email that the EGPWS manufacturer had been contacted about adding lighthouses followed up on the matter,” the report said.

Both the Department of Transport, which oversees the Coast Guard, and CHC Ireland have committed to implement the range of reforms recommended in the Air Accident Investigation Unit report.

The proposed changes include a series of reviews of training and operating procedures, particularly around flight routes taken by pilots and warning systems.