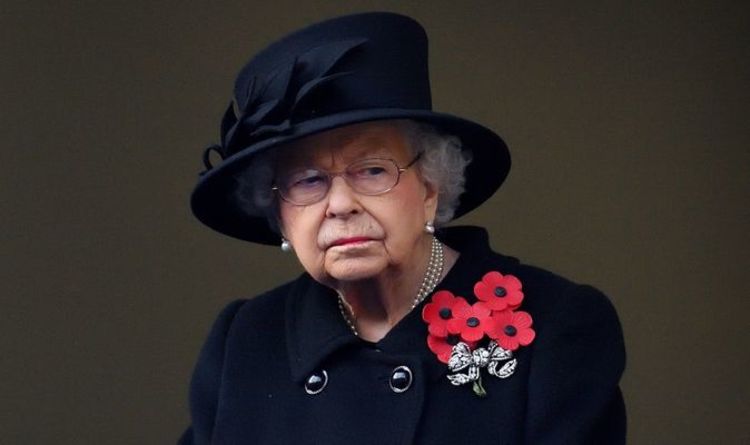 Remembrance Day, which falls on November 11, will be a Thursday this year – but official commemoration takes place on the closest Sunday to that date. Remembrance Day marks what was “Armistice Day”, or November 11, 1918 – the day an armistice agreement was agreed to end World War One.

The observance of this day, including a brief period of reflective silence, has taken on a wider significance of remembering those lost to war – not just World War One.

On Saturday night, prominent royals will also attend the Royal British Legion’s Festival of Remembrance at the Royal Albert Hall.

Members of the Royal Family also tend to be present at events to mark the event each year, including the opening of the Field of Remembrance at Westminster Abbey.

The Queen is planning to lead the Royal Family’s observance on Sunday, if she is able.

However, she will not be present at Royal Albert Hall on Saturday.

Roya Nikkhah, Royal Editor at The Times, writes: “The Queen, 95, intends to lead the royal family’s tributes at the Cenotaph on Sunday, in what is expected to be her first public engagement after several weeks of rest on medical advice.

“Most senior members of the royal family, except the Queen, will also attend the Royal British Legion’s Festival of Remembrance at the Royal Albert Hall on Saturday night.”

If she attends, this will be her first outing in weeks, following the cancellation of trips across the UK.

This was the first time that Her Majesty had used a walking stick for “comfort”, and prompted fears about the monarch’s health.

Adapting her hectic schedule to medical advice, which the Queen “reluctantly” accepted, according to Buckingham Palace, she has had to slow down in her official calendar of engagements.

In October, her official diary registered at least 16 royal engagements at which she was set to be present.

Across the Atlantic, the Queen’s grandson, Prince Harry, will honour veterans aboard a warship in New York next week, but will not be permitted to wear a military uniform when dishing out the medals.

The Duke of Sussex, 37, spent a decade in the military, and served two tours in Afghanistan.

He was stripped of his honorary titles last year following the Duke and Duchess’s split from the working members of the Royal Family.

Last year, Prince Harry requested to have a wreath laid at the Cenotaph on his behalf – a petition which was denied by Buckingham Palace.