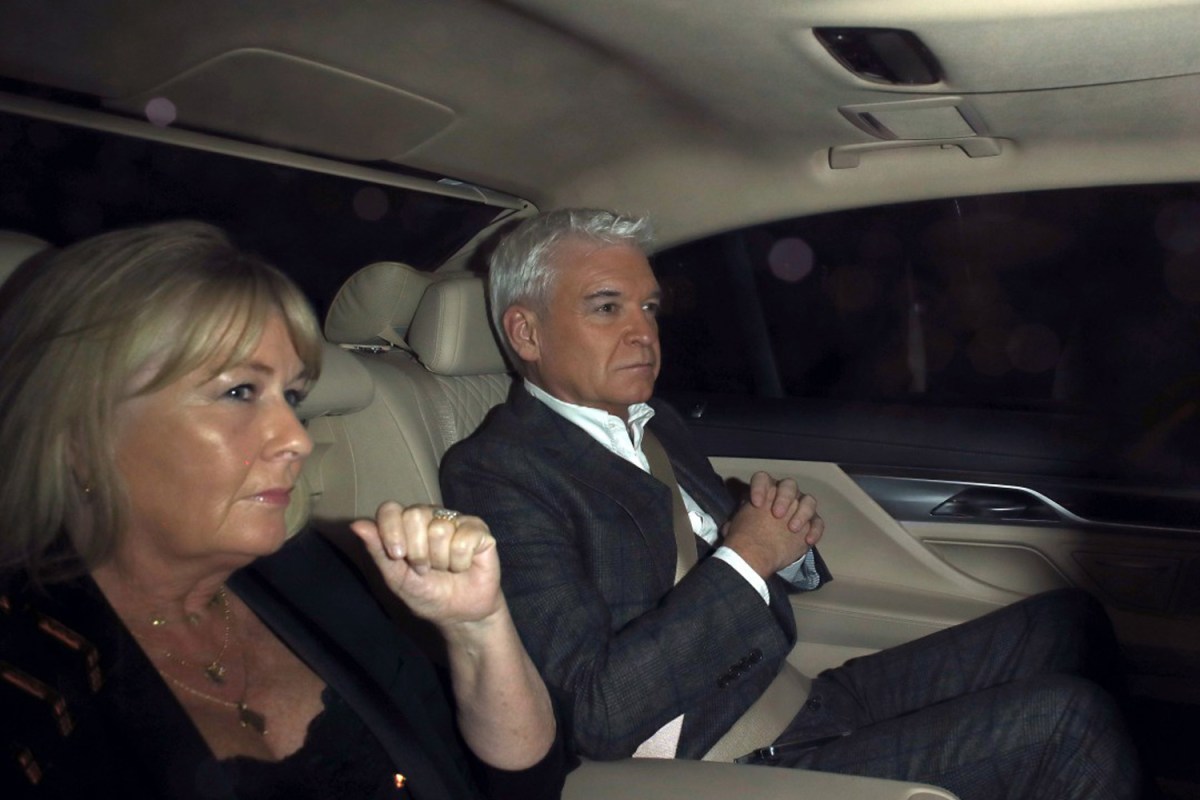 PHILLIP Schofield was joined by his estranged wife Stephanie Lowe on Saturday night as they hit the red carpet to attend Adele’s first concert in four years.

The This Morning host put on a dapper display while joined by his glamorous wife at the London Palladium.

The TV presenter, 59, donned a smart grey chequered suit which he teamed with a simple white shirt and a pair of stylish brown suede shoes.

Meanwhile, Stephanie, 57, looked glamorous in a chic black trouser suit and matching heels, while her golden locks were styled into a sleek down do.

She finished off the look with a set of elegant gold chain necklaces and a simple black bag.

The former couple proved they are still just as close as ever, despite parting ways last year, as they beamed at awaiting cameras along the red carpet.

The pair, who share daughters Molly, 28, and Ruby, 25, have maintained a close relationship despite Phillip publically coming out as a gay man in February 2020.

Philip announced the news on This Morning alongside co-host Holly Willoughby where he also paid tribute to his supportive wife.

Speaking to The Mirror in October last year, Phillip said he and Stephanie have no plans to get a divorce.

“We’re picking our way through. It’s a work in progress,” he said.

He added: “I’m still married to Steph. With divorce… we’ve not discussed that at all.”

The couple tied the knot at Ackergill Tower in Scotland on 29 March 1993 after meeting while Stephanie was working as a production assistant on the BBC in the early 1990s.

Adele’s latest star-studded concern comes shortly after the hit singer sparked rumours that she is engaged to partner Rich Paul after being spotted wearing a ring on her wedding finger.

The 33-year-old star stepped out in London with the large gold band prominently on display on her left ring finger.

This is thought to be the first time that she has been spotted wearing the ring, with the same finger notably bare during her Vogue 73 Questions video last month.

Adele went Instagram Official with her new beau back in September, and the couple has recently been enjoying some cozy dinner dates together in the UK.