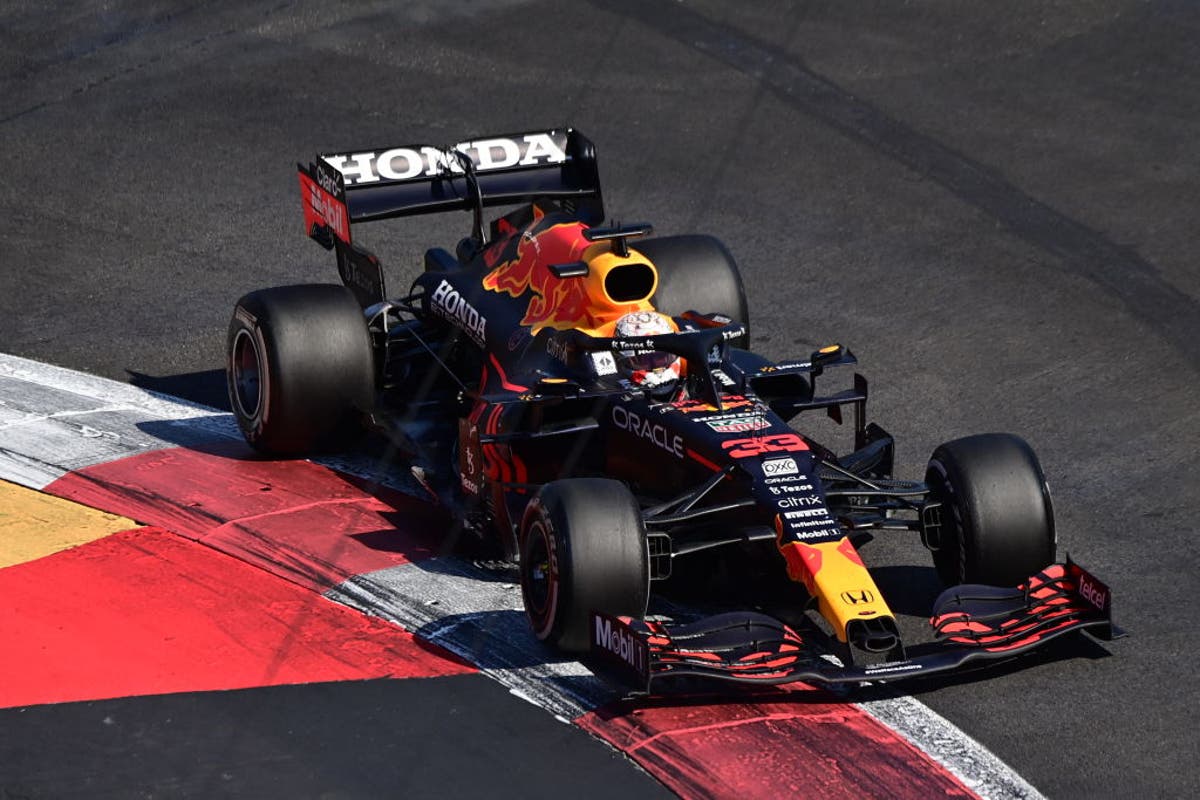 Lewis Hamilton is aiming to cut the gap to Max Verstappen at the top of the drivers’ championship after Mercedes secured a front-row lockout at the Mexican Grand Prix. Hamilton’s teammate Valtteri Bottas is on pole ahead of Hamilton starting second, with Max Verstappen third on the grid alongside his Red Bull teammate Sergio Perez in fourth. Verstappen currently leads the standings, with a 12-point advantage of his rival Hamilton and five races remaining.

Red Bull had dominated every session leading up to qualifying but got their setup wrong when it mattered, struggling on the soft tyres and giving up the front of the grid. But there was enough promising pace in practice to suggest the Red Bulls can strike back during the race. But it is Bottas on pole, for the second time in three races, and he could play a key role in how this race pans out.

“I need to enjoy this pole for a bit but then switch my mind for tomorrow,” Bottas told Sky Sports at the Autodromo Hermanos Rodriguez on Saturday. “You never know what the race situation will be. I still am 100% sure that there could be a circumstance where I could still win the race and I believe in that and I hope for that. But if not then I will support Lewis and get the maximum points for us as a team.”

Follow all the live race action from the Mexican Grand Prix below.

There are huge roars as Perez emerges from his car. He becomes the first Mexican driver to get on the podium at the Mexican Grand Prix – he is the hero of the day.

“I gave it everything – they were too quick and we just didn’t have the pace,” says Hamilton.

“YES! What a race, great job guys. Unbelievable pace on the car!” shouts Verstappen – it’s a commanding win for him, as he moves closer to the world championship by adding five points to his lead over Hamilton.

“I’m so happy we won in our country!” says Perez. “Let’s drink some tequila!”

Hamilton hangs on for second and Perez claims a brilliant third at his home Grand Prix!

Bottas has had a horrid afternoon but steals the fastest lap on the final lap of the race!

Verstappen is going to win the Mexico Grand Prix – but here comes Perez! It’s the last chance for him and he pushes, but doesn’t quite manage to trouble Hamilton.

Lap 70/71: Anyway, Perez has made a late push on Hamilton and is now on 0.8 seconds behind as they hit traffic in front!

Lap 70/71: Crazy! Bottas has to pit again to get away from Verstappen!

Lap 67/71: Verstappen is cruising out in front – but his race is made a little more interesting by the sight of Bottas (two laps behind) in his mirrors.

Verstappen lets him through after seemingly holding him up in his bid for the fastest lap.

Lap 66/71: Hamilton has upped it. His lead over Perez has increased to two seconds.

Lap 65/71: Interesting. Bottas pits in an attempt to go for the fastest lap and take Verstappen’s bonus point.

Lap 64/71: The thing is, the closer Perez gets to Hamilton, the harder it gets to cut the gap. Hamilton keeps it to 1.3 seconds, the first time in a while that he has lapped faster than Perez.

These are huge moments in the title race – these points could be absolutely massive come the end of the season.