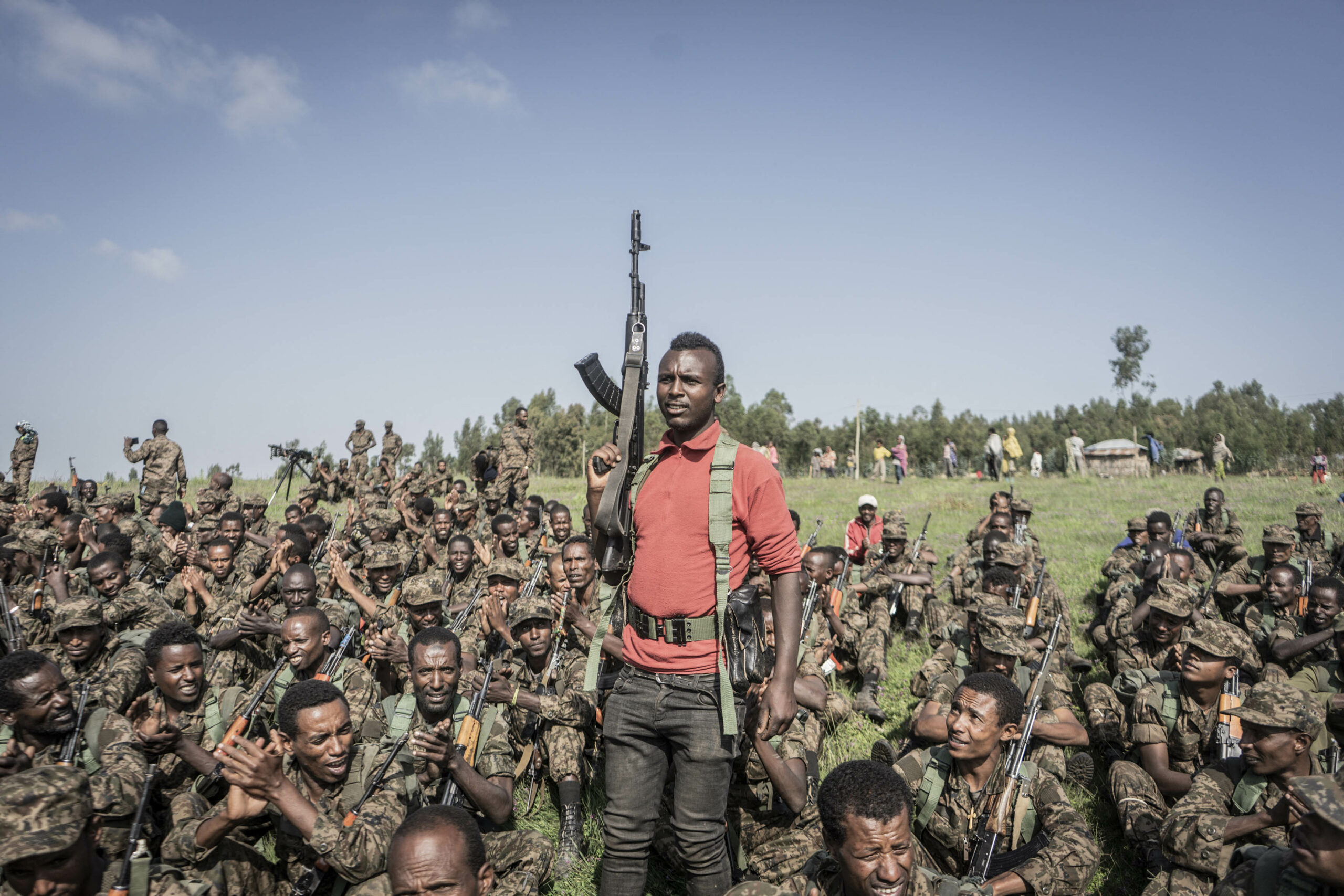 The Ethiopian police officers raided the cathedral in Addis Ababa before sunrise, interrupting prayers and forcing a dozen ethnic Tigrayan priests and monks into a pickup truck.

They gave no explanation for the July raid, but there was no need: the detained men knew right away they were joining the thousands of Tigrayans rounded up for allegedly supporting the Tigray People’s Liberation Front (TPLF) rebel group.

For the past year, a mass campaign of arbitrary arrests targeting Tigrayans from all walks of life has played out in the capital Addis Ababa and elsewhere in Ethiopia — a mostly hidden feature of the relentless war in the country’s north.

Law enforcement leaders portray it as a legitimate effort to stamp out the TPLF, which they consider a terrorist organisation. Yet AFP interviews with dozens of detainees, lawyers, justice officials and human rights activists reveal a more indiscriminate operation, ensnaring everyone from high-ranking military officers to ordinary day labourers.

In the case of the detained clergymen, police held them for more than two weeks, accusing them of fundraising for the TPLF, burning Ethiopian flags and even plotting terrorist attacks themselves.

One of the monks said he could not help but laugh when an investigator asked where they hid their pistols.

“We told them we are men of faith, not politicians,” he told AFP, speaking on condition of anonymity for safety reasons. “I don’t know where they get this information. But they are using it to kick Tigrayans’ legs out from under us; to make us live in fear.”

The detentions began soon after war broke out in Ethiopia’s northernmost Tigray region in early November 2020, the culmination of months of rancour between Prime Minister Abiy Ahmed and the TPLF, which dominated national politics before Abiy took office in 2018.

At first, officials mainly targeted military personnel. Two weeks after the first shots were fired, dozens of Tigrayan officers were summoned for a televised meeting in Addis Ababa, with state media airing the footage as evidence of the participants’ support for the government.

Yet later, at least three of the officers were arrested and had their homes searched for weapons before being locked up for allegedly conspiring to overthrow Abiy, family members told AFP.

Michael, whose father was among those arrested, said he was mystified by the move.

“He didn’t like to talk about politics,” Michael said of his father, a mid-level officer with a three-decade record of service. “In fact, he used to scold us when we talked about politics.”

After a state media report in August said a military court had handed down death sentences to some “traitorous” officers, Michael’s worries deepened. “I fear very much that they may apply the death sentence or life sentence to my father and the people around him,” he told AFP.

A military spokesperson did not respond to a request for comment.

Nearly a year later, Michael’s father remains in custody at a military camp west of Addis Ababa. With the right to receive visitors three times a week, he is one of the lucky ones: thousands of others have been held incommunicado.

As the war dragged on into 2021, the detentions steadily climbed, albeit slowly. But they kicked back into high gear in late June after the TPLF mounted a stunning comeback, retaking control of most of the region, including its capital Mekele, and prompting the military to largely withdraw.

Three nights after Mekele was recaptured, five federal police officers and three plainclothes officers knocked at the Addis Ababa home of Alula, a Tigrayan activist who had been using his Facebook page to highlight massacres and gang rapes in Tigray.

They held him overnight at a police station in the capital, after which soldiers drove him to a military camp 200km east, in the Afar region.

For the next seven weeks, Alula — not his real name — lived off one piece of bread and two cups of water each day. The camp’s more than 1 000 detainees included journalists and politicians, who had spoken out about the horrors of a conflict that has killed thousands of people and, according to the UN, pushed hundreds of thousands more into famine-like conditions. Alula was released, but he no longer feels safe discussing the war.

“If I do, I’ll get arrested again or maybe killed,” he told AFP.

In addition to detentions, officials have closed thousands of “TPLF-supporting” businesses, a fact that a trade ministry official boasted about to state media in September. On a single block in Addis Ababa, seven bars and two hotels were closed in July because of “noise pollution”, a claim their owners dismiss as baseless.

“Basically they are imagining that Tigrayans were celebrating the TPLF’s advance,” bar owner Michael told AFP. The closures, he added, are further evidence that officials are targeting all Tigrayans, not just active TPLF backers.

‘Every person is uncertain’

Given its secretive nature, the full scale of the crackdown is impossible to determine, said Fisseha Tekle, a researcher for Amnesty International, who has investigated arbitrary arrests of Tigrayans. Yet he noted that Amnesty has “multiple reports” of more than 1 000 people held at one camp alone in “squalid” conditions.

Many detainees remain unaccounted for.

“Family members have travelled hundreds of kilometres in search of detained relatives. Others went round police stations in Addis searching for relatives,” he told AFP.

The arrests have also drawn criticism from some government officials. In late September, Abraha Desta, a senior official in the Abiy-appointed Tigray interim administration, wrote on Facebook that the authorities had created an environment in which speaking Tigrinya, the Tigrayan language, “is considered a crime”. The next day Abraha too was arrested, accused of a firearms violation and incitement.

Other officials have reportedly spoken out privately. During a retreat in September in the city of Adama, attorney general Gedion Timothewos scolded members of his office’s asset recovery directorate for being overzealous in going after Tigrayan business owners, according to several officials who attended. At one point he accused the directorate of engaging in an “abuse of power” and called for an end to “ethnic profiling”, the officials told AFP.

Gedion, now the justice minister, did not respond to a request for comment.

Even if the arrests were to stop tomorrow, victims fear they have already severely corroded Ethiopia’s social fabric, especially in Addis Ababa, where Tigrayans once lived freely.

“It’s obvious that every person is uncertain … they don’t know what will happen tomorrow,” said one Tigrayan lawyer currently representing 90 fellow Tigrayans who are detained.

“Even myself, I am not confident. At any time they can detain me.”