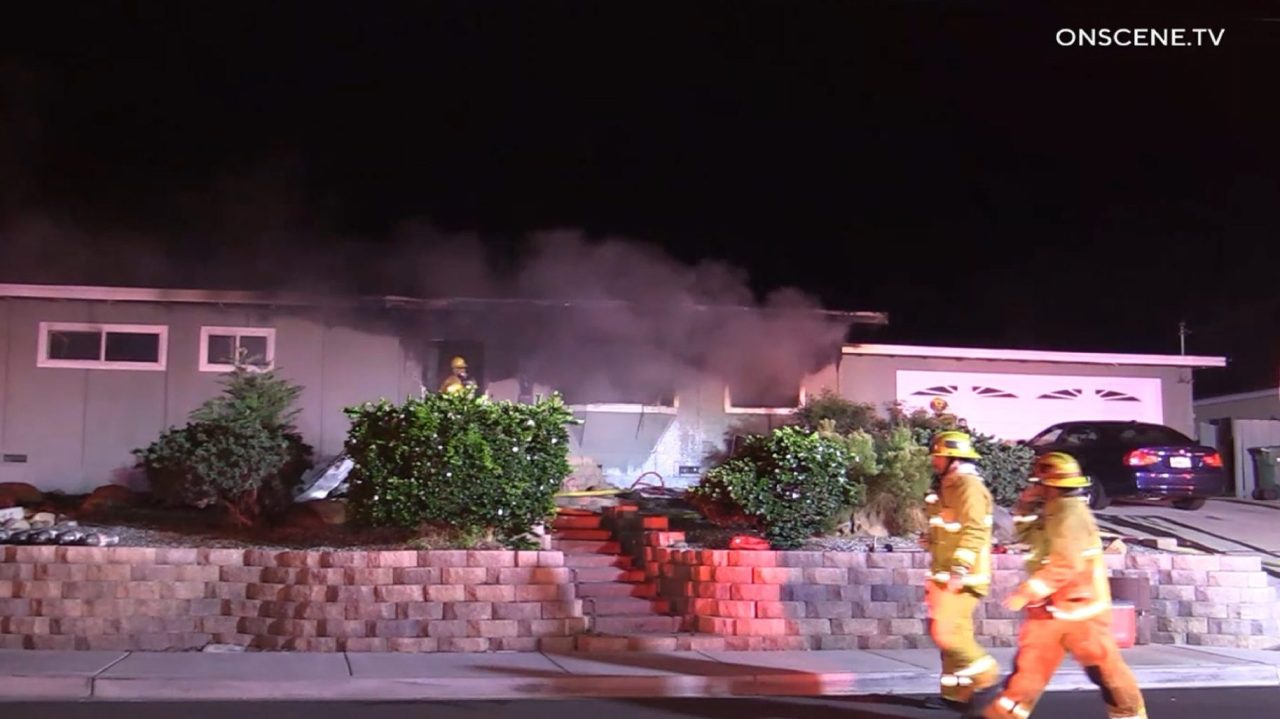 SANTEE, Calif. — A man is in police custody on suspicion of setting his own house on fire in Santee early Saturday morning, authorities say.

The San Diego Fire-Rescue Department received a call about a residential fire around 2:30 a.m. at the 7900 block of Rancho Fanita Dr.

When first responders arrived on scene, the home was fully engulfed. However, the SDFD were able to quickly put out the flames. Neighbors were asked to evacuate as a precaution.

The homeowner was taken into custody and sent to a health center for mental evaluation and treatment, according to the San Diego County Sheriff’s Department.

A bomb and arson team were also investigating the incident.