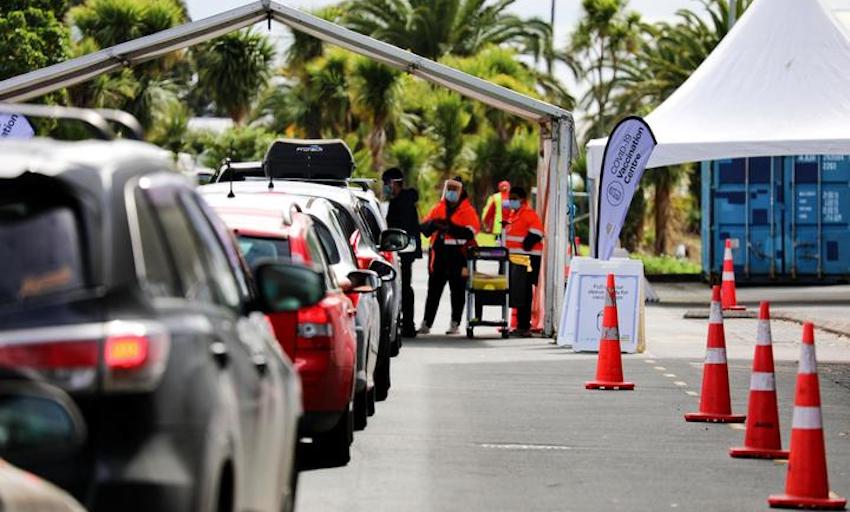 8.30am: Growing case numbers do not mean restrictions can’t be loosened, says PM

Growing Covid-19 case numbers in Auckland do not mean a shift out of alert level three, step one, is off the table.

Prime minister Jacinda Ardern will speak at 4pm today, where she is poised to confirm Auckland can ease restrictions to step two of the level three exit from tomorrow. That would see retail reopen and outdoor gatherings more than double.

However, since that in principle decision was made a week ago, more than 1000 Covid-19 cases have been confirmed in Auckland, hospitalisations have hit new highs and mystery cases have become largely untraceable.

“We have particularly high vaccination rates in Auckland and that is part of our consideration now,” Ardern told RNZ this morning. “Cases will continue to grow. It is not the case that we are waiting for a decline in cases in order to make step down decisions at this point.”

Vaccines now play a “heavy role” in any decision around the easing of restrictions, said Ardern. “As I’ve said, our goals that we’ve set have been around reaching 90% fully vaccinated before we move into our new [traffic light] framework,” she said. “The alternative is that we reach those very high rates, but because of base numbers, we see no movement at all in restrictions. We don’t see that as tenable, however, we do want to make sure we step down carefully as we go.”

Ardern said that compliance with lockdown rules was also a consideration, indicating the number of cases seen in New South Wales while the state was under heavy restrictions. “We can’t assume that people are able to hold at that level for a very long period. After about 60 days you saw an escalation in Australia.”

8.00am: End of lockdown in sight for Auckland as crucial vaccine milestone hit

All three Auckland DHBs have now crossed the 90% first dose milestone for vaccinations, putting the end of lockdown within grasp.

Counties Manukau hit the target last night, with Auckland DHB sitting at 95% and Waitematā DHB at 92% for first jabs.

That means a shift out of alert level three for the supercity could happen in three weeks, roughly 100 days after the lockdown first began in mid-August.

“Today we are an important step closer to Auckland transitioning to the new traffic light system which means restrictions will ease once each DHB is at 90% second doses,” said Covid-19 response minister Chris Hipkins. “There’s been a huge amount of targeted work going on by local health providers to make vaccines easily accessible and to address hesitancy. It’s really pleasing to see that work paying off.”

The milestone for Auckland came ahead of today’s decision on whether the city can move to “step two” of the level three exit pathway. That would see retail reopen and outdoor gatherings allowed to balloon up to 25.

The next step is for the city’s three DHBs to hit 90% double dosed. That’s another 100,000 or so vaccines in arms across the three Auckland DHB regions, with Auckland central the closest to hitting that milestone – just 13,000 doses to go.

Subscribe to Rec Room a weekly newsletter delivering The Spinoff’s latest videos, podcasts and other recommendations straight to your inbox.