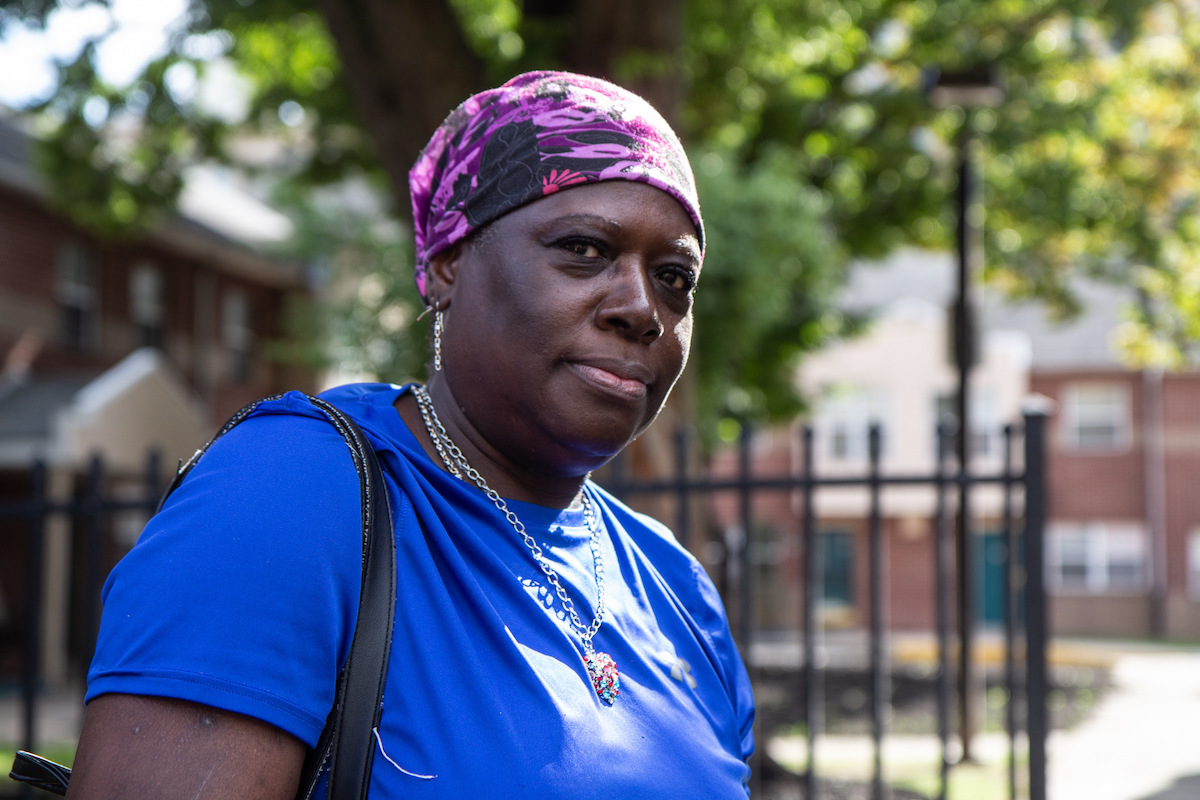 For Gauthier, one of the legislative body’s fiercest housing advocates, the planned loss of affordable units demands a governmental response. It’s why she’s introduced legislation to halt demolition at the site, and why she called on elected officials and residents to join her Thursday afternoon for a rally in front of the block-long complex facing SEPTA’s 40th Street El station.

A committee hearing on the bill, which would also impose strict affordability requirements, is scheduled for Oct. 26.

“Eradicating affordable housing on this site would be a grave injustice. Not just for the families that live here now, not just for the thousands of Black Bottom residents who were removed from this land once before, but for the future of this being a place where working-class people can afford to live in an amenity-rich neighborhood,” said Gauthier during Thursday’s event.

“We cannot have the people who deserve to have affordable, accessible, safe housing in safe communities be displaced to God-knows-where. At a certain point, you have to draw the line,” added State Sen. Vincent Hughes, who represents parts of West Philadelphia.

Altman did not respond to multiple requests for comment. The Fort Washington-based company informed HUD in July that it would not be renewing its contract, satisfying its legal obligation to provide one-year advance notification to the agency and residents, the agency said.

Under those contracts, tenants only had to pay 30% of their adjusted household monthly income in rent. Through its Section 8 Housing voucher program, HUD made up the difference between those payments and the full contract rent.