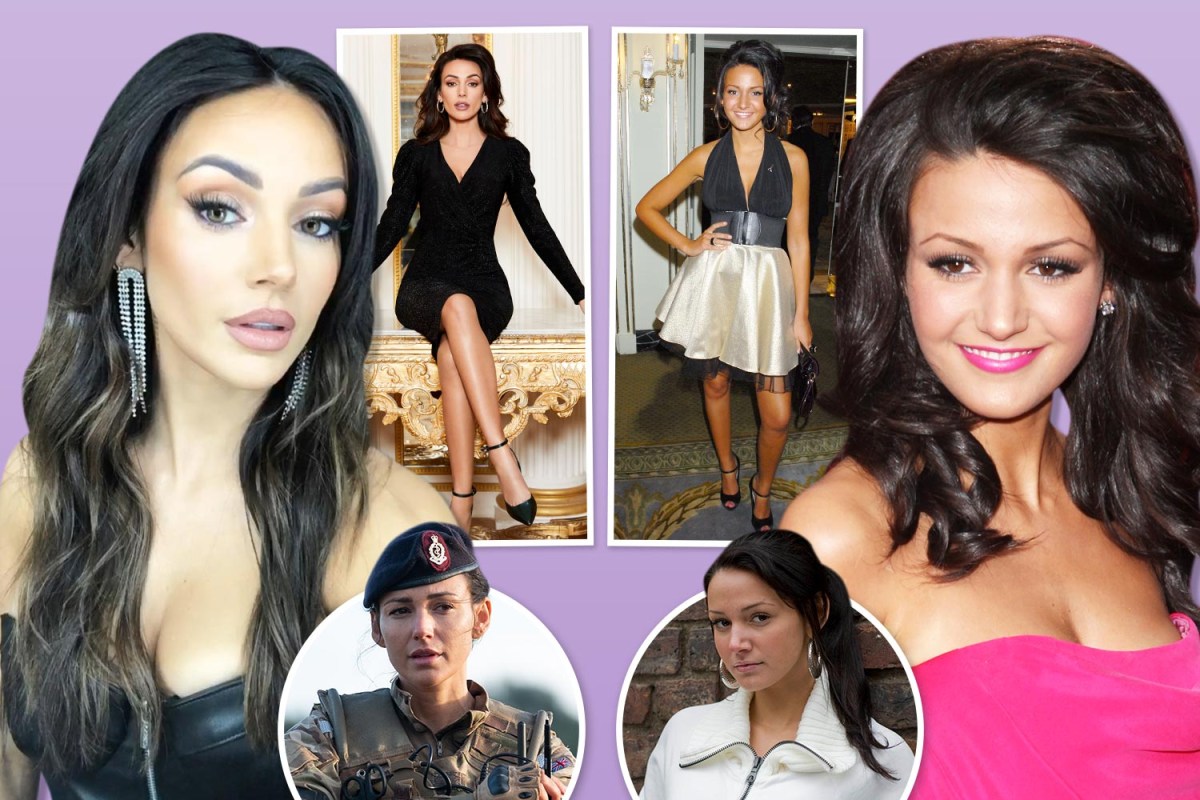 SHE is one of the biggest stars on telly and has millions of devoted fans following her every move.

But just 14 years ago, Michelle Keegan felt “lost”, working behind a make-up counter with no firm plans for her future.

Yet the Stockport-born actress managed to turn her fortunes around in just six months after taking up acting classes and landing the role of Tina McIntyre on Coronation Street.

Today the award-winner is building her “dream” mansion with husband Mark Wright, has been the face of numerous fashion campaigns and is reported to have £3million in the bank. Not bad for the girl who once described herself as an “ugly duckling”.

And Michelle has had quite the style transformation since finding fame on the ITV soap. Once popular for her girl-next-door image, she is now labelled a “goddess” by fans, with 5.4million Instagram followers eager to copy her outfits and fitness and beauty regimes.

On her testing teenage years, Michelle recalled: “I didn’t really care about my appearance and was probably a bit of a geek in the first year of high school.” She had to wear metal braces for three years from the age of 13 and remembers going into school one day with “really awful” turquoise bands around them.

When her friends went off to university, Michelle got a job on the make-up counter and has said: “I felt lost about what I wanted to do.” But the avid drama fan signed up for classes at the Manchester School of Acting and after just one other audition landed the role of David Platt’s girlfriend on Corrie in January 2008.

She said: “(Producers) put six heavy scripts down in front of me. It was a thud on the table and the next thing I heard was, ‘Congratulations, you’ve got the role of Tina’. It hit me like a ton of bricks. I never believed for one second I’d get the role.”

Almost overnight, the nation became interested in Michelle’s private life. She said: “It was really daunting. It happens very quickly on a soap because you’re in people’s living rooms five times a week, so people start believing they know you. I was still a young girl and I was growing up in the public eye.”

There’s an inner confidence now. I don’t let negative comments affect me the way that they did 12 years ago.

After two years on Corrie, Michelle was still finding her feet with her style, often hitting the red carpet in bodycon dresses complete with peep toe shoes, hoop earrings and a messy half up, half down do.

On learning to deal with comments about her looks during the early days of her career, she said: “Everyone had their own opinions — how you act, how your hair looks, what you’re wearing, how you physically look. Growing up in that was very hard and I let a lot of negative comments get to me. There’s an inner confidence now. I don’t let negative comments affect me the way that they did 12 years ago.”

But as her fame soared, Michelle became a huge hit with lads’ mags. It is a decision she regrets. On stripping down to sexy undies for cover shoots, she has said: “It wasn’t something that I necessarily really wanted to do.

“I remember feeling very shy because I was really young. But I thought it came as part of being on TV. Now that I’m older, I realise that it is OK to say no to something that you don’t feel 100 per cent happy with.”

After breaking away from Corrie in 2013, to “make the next step” in her career, Michelle became a fashion correspondent on ITV’s Lorraine show and her style gradually matured. The sophisticated houndstooth suit she wore to the ITV Gala in 2016 was a real turning point.

At the time she was dating Towie star and presenter Mark Wright and starring in hit drama Our Girl as tough-talking Lance Corporal Georgie Lane. A year later, high street store Lipsy snapped her up for a collaboration of dresses and casual wear. It was a huge success and they asked her to return.

Michelle has also signed with online retailer Very to create her own clothing collections.

She has since starred in BBC workplace drama Ordinary Lies, ITV’s biography Tina And Bobby and Sky One comedy Brassic, now filming its fourth series. While Michelle has been praised for her versatility on screen, her “changing face” continues to be a talking point to this day.

The actress denies speculation that she has had cosmetic surgery, saying she is too “scared”. Michelle said: “Everyone says that I’ve changed my face and I’ve had Botox, but you have to be able to move your face when you’re an actress, which I can do.

But Michelle is an advocate for healthy eating and exercise to keep her body in tip-top shape. She recently revealed she works out at the gym with her fitness fanatic husband several times a week.

She said: “Before Covid we’d do our own things, but now we set our alarms and have got into routines of working out together.” And Mark recently heaped praise on his wife, saying: “Michelle is extremely fit and definitely stronger than me in a few areas. She can do a plank longer, she’s better at squatting, and she’s got a cracking set of abs.”

The pair are now set to launch their own fitness clothing brand, Mysa Active and building their “dream” £1.3million home in Essex.

But Michelle hasn’t forgotten her Northern roots. Yesterday she revealed she still likes to eat “tea and biscuits” and chips and gravy.

Though, how often the super toned star digs in is anyone’s guess given she has the best body in showbiz.