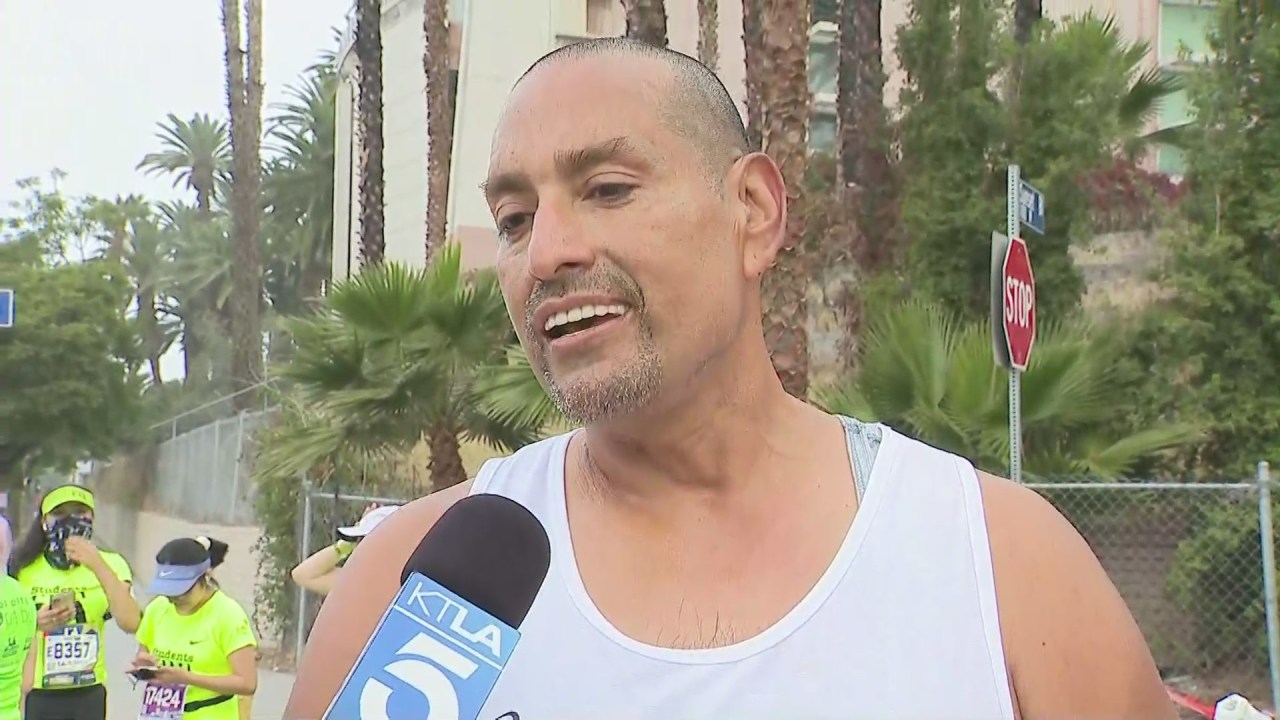 Among the thousands of runners and athletes competing at the 2021 Los Angeles Marathon on Sunday was a unique group of runners from L.A.’s Skid Row.

Mitchell, who underwent surgery to remove a brain tumor back in February, formed the club in 2012 with some Skid Row residents to train for marathons and help them improve their lives through the “power of running.”

Many of the club members are homeless and battled drug and alcohol addictions before they became runners.

Mario Ocampo was one of the club runners who joined Mitchell on the pavement Sunday. He joined the group during a program at the Midnight Mission several years ago after serving 18 years in prison.

“I look up to the judge,” Ocampo said. “It’s changed my life…This life is much better.”