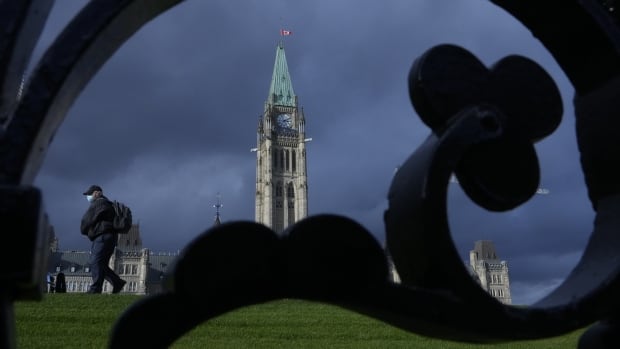 Canadian flags on government buildings will return to full-mast at sunset on Sunday for the first time since May 30, before being lowered and raised again to mark both Indigenous Veterans Day and Remembrance Day this week.

The flags will then continue to fly at full-mast after Remembrance Day.

Indigenous Veterans Day is marked on Monday, while Remembrance Day is held on Thursday, Nov. 11.

The flags were first lowered to half-mast following the discovery in late May of more than 200 unmarked graves at the site of the former Kamloops Indian Residential School in British Columbia.

“As the paramount symbol of our nation, the act of flying the national flag of Canada at half-mast for the longest period of time in Canada’s history speaks to the extraordinary sense of loss,” Crown-Indigenous Relations Minister Marc Miller and Heritage Minister Pablo Rodriguez said in a statement on Friday.

“Raising the flag at this time will allow us to honour and remember important moments in Canada’s history.”

The ministers said the flag will be lowered every Sept. 30 to mark the National Day for Truth and Reconciliation.

WATCH | Canadian flags to be raised Sunday for first time since May:

The federal government plans to keep Canadian flags flying at full-mast on government buildings after lowering them to recognize Indigenous Veterans Day and Remembrance Day. Flags have flown at half-mast since May 30, following the discovery of more than 200 unmarked burial sites at the former Kamloops, B.C., residential school. 2:01

Indigenous leaders have said lowering the flag is a symbolic gesture that needs to be paired with real action. On Friday, the federal government recommitted to making progress on the Truth and Reconciliation Commission’s 94 calls to action.

The Assembly of First Nations urged the government on Friday to work with it to take “concrete action,” focusing first on numbers 53-56 of the calls to action, which relate to the creation, mandate and operation of a National Council for Reconciliation.

The symbolic gesture of lowering the flags has grown into a source of controversy since May. Conservative politicians have urged the government to raise the flags.

“It was appropriate to lower [the flag] to mark the pain and sorrow of our history with residential schools. But it was inappropriate to keep it down indefinitely,” Conservative Leader Erin O’Toole said in a video earlier this week, before the government announced its plans.

Prime Minister Justin Trudeau had previously said the flags would remain lowered until an agreement was made with Indigenous leaders.

The Assembly of First Nations released a proposal earlier Friday that called for the government to attach the orange “Every Child Matters” flag to the Peace Tower in Ottawa and other government buildings starting on Sunday. The government said Friday it would work with the National Centre for Truth and Reconciliation to find a place to fly the orange survivors’ flag.