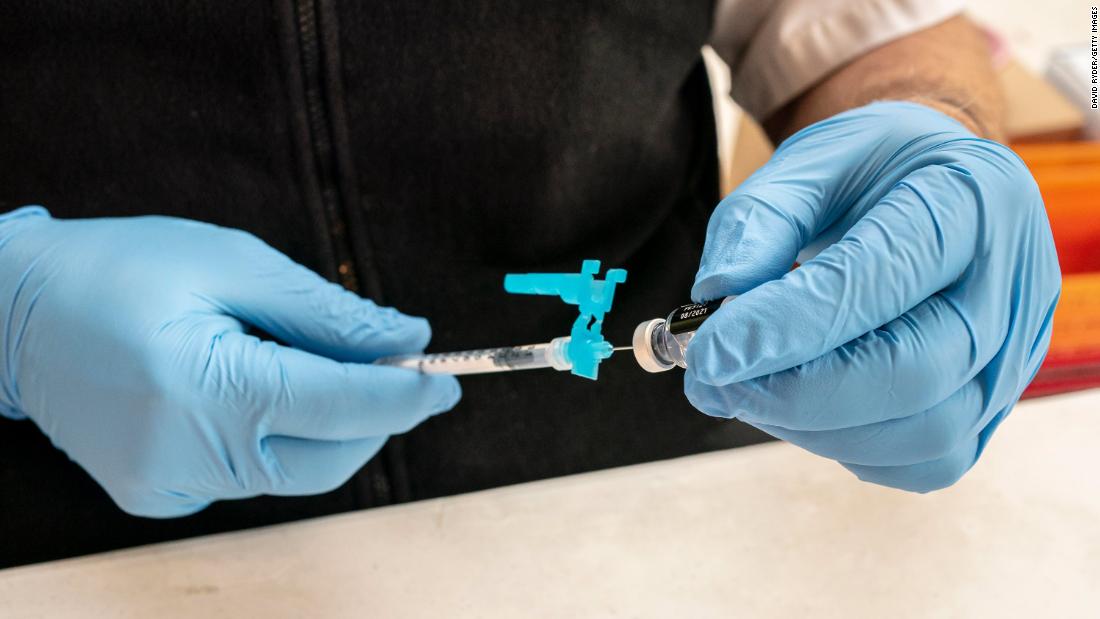 In the brief order, a three-judge panel on the Fifth Circuit Court of Appeals said that the petitioners in the case — Republican-led states and private businesses — “give cause to believe there are grave statutory and constitutional issues with the Mandate.”

The court asked the government to respond by 5 p.m. on Monday and said it would expedite the case. The court did not specify whether its order would have nationwide effect or would only apply to the states under its jurisdiction.

The Biden administration had announced earlier this week that its vaccine rules applying to private businesses with 100 or more employees, certain health care workers and federal contractors will take effect January 4.

The rules, released in a statement Thursday, stipulate that employees who fall into those groups will need to have received the necessary shots to be fully vaccinated, either two doses of Pfizer or Moderna’s vaccine or one dose of Johnson & Johnson’s vaccine, by January 4.

The OSHA rule does allow for employees to remain unvaccinated if they so choose, but the employee must provide a verified negative test to their employer on at least a weekly basis and must wear face masks in the workplace.

Justice Department spokesman Anthony Coley said in response to the order, “The OSHA emergency temporary standard is a critical tool to keep America’s workplaces safe as we fight our way out of this pandemic.”

“The Justice Department will vigorously defend this rule in court,” Coley said in a statement.

Solicitor of Labor Seema Nanda also said the Labor Department was “prepared to defend this standard in court.”

“The US Department of Labor is confident in its legal authority to issue the emergency temporary standard on vaccination and testing,” Nanda said. “The Occupational Safety and Health Act explicitly gives OSHA the authority to act quickly in an emergency where the agency finds that workers are subjected to a grave danger and a new standard is necessary to protect them.

Sean Marotta, a lawyer at Hogan Lovells, said he was surprised that the Fifth Circuit Court of Appeals acted to block the mandate on a Saturday, particularly because the mandate does not require employers or employees to act for months.

He noted that Congress has specified that challenges to OSHA rules get reviewed in the first instance at a federal appeals court, instead of a district court. When several petitioners are challenging the same rule in several circuits, the cases are ultimately consolidated in one circuit through a process known as the “multicircuit lottery.”

Under that system, broadly speaking, a petitioner who files a case within the first 10 days of the issuance of an OSHA rule and follows certain procedural steps gets its circuit entered into the lottery.

After 10 days, the Judicial Panel on Multidistrict Litigation — based in Washington, DC — conducts a blind lottery and chooses a circuit at random.

Once the circuit is chosen, all the cases challenging a rule are transferred to it.

The Fifth Circuit did not circumvent the lottery by being the first to issue a stay.

The court, however, now has the opportunity to issue an opinion, even before the lottery, and make its views known.

“The Fifth Circuit’s decision to issue a stay today was pretty shocking,” Marotta, an expert on the multicircuit lottery, said. “Because the OSHA rule does not require vaccination until January, there was no emergency requiring the court to act on a Saturday.”

Marotta thinks that while the Justice Department could go directly to the Supreme Court and ask it to lift the stay, it is likely to wait and see which circuit “wins” the lottery.

This story has been updated with additional information.