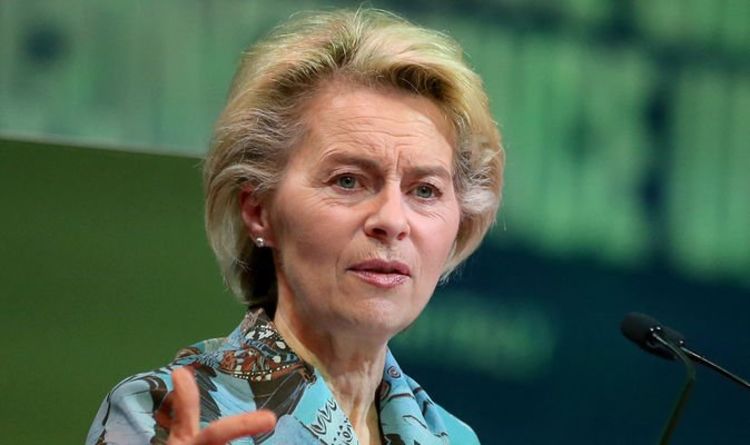 The EU’s punishment plot against the UK has been exposed, amid speculation that the British will soon trigger Article 16. It is thought that Boris Johnson is waiting until COP26 is finished to trigger Article 16 and suspend the Northern Ireland Protocol. Tom Parker, president of the British Chamber of Commerce EU, explained that senior EU chiefs have already discussed a plan to retaliate if the Brexit mechanism is invoked.

Speaking to Sky News, Mr Parker said that EU retaliation could unleash “potentially major” consequences, such as problems with the supply chain just ahead of Christmas.

He explained: “The position of EU leaders is one that has been evolving for some time now.

“The UK has expressed the right or indicated it would be prepared to take serious measures, like trigger Article 16.

“There has been a concern and significant discussion about the implication of this, and what the EU might do in turn, should Article 16 be triggered.

“The EU has quite a few options on the table, and that is up for serious debate.”

Sky News host Trevor Phillips responded: “How serious might those options be? How hot could this become?”

Mr Parker said: “I think one option the EU has discussed, or at least certain member-states have put forward, is to terminate Trade and Cooperation Agreement.

“That would be the nuclear option.

“Other options available to them are putting tariffs on certain products that the UK is exporting.

The threat of Article 16 comes as talks between the EU and UK stalled over the Northern Ireland Protocol this week.

A leaked document in The Telegraph shows the UK is set to walk away from the bloc’s flagship scientific, satellite and nuclear programmes, and in turn withdraw £15bn of funding from the Europeans.