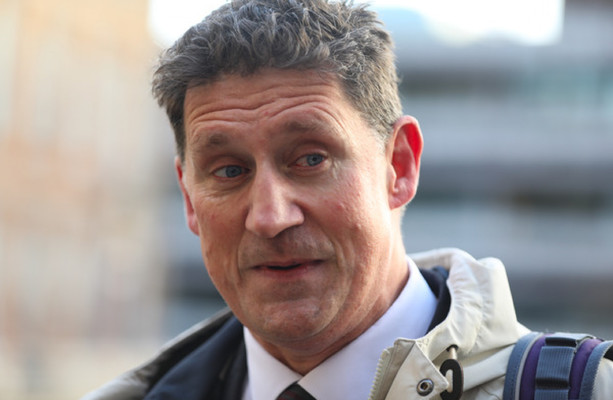 AFTER A SECOND test Minister Eamon Ryan has tested negative for Covid-19 and will be free to travel to Cop26 in Glasgow.

In a press release yesterday the Department of Environment, Climate and Communications said that the Green Party leader was unable to travel due to a pre-flight positive coronavirus test.

This morning a spokesperson said that the HSE had recommended a second test and that has returned a negative result.

“The public health advice in this instance is that the case is de-notified, close contacts are informed and the person can continue about their business. Minister Ryan now plans to travel to Glasgow for COP26 tomorrow.

“Minister Ryan has not been symptomatic at any point. He underwent the initial test as a precautionary measure as recommended by the organisers of COP26. On receipt of the initial result he followed all HSE protocols, including self-isolation and informing close contacts.

“Minister Ryan has updated the Taoiseach, Tánaiste and the Secretary to the Government with this information,” the spokesperson said.

As environment minister, Ryan is due to play a crucial role in representing Ireland at the UN conference.

The Taoiseach Micheál Martin attended the conference for the two-day World Leaders Summit in Glasgow earlier this week.

No news is bad news
Support The Journal


Other ministers including Simon Coveney are expected to make the trip to Glasgow for the summit next week.

The COP26 summit will end next weekend. Among the key issues being negotiated at the conference are the final details of the rulebook around the 2015 Paris Agreement and increasing funding for developing countries most impacted by the effects of climate change.