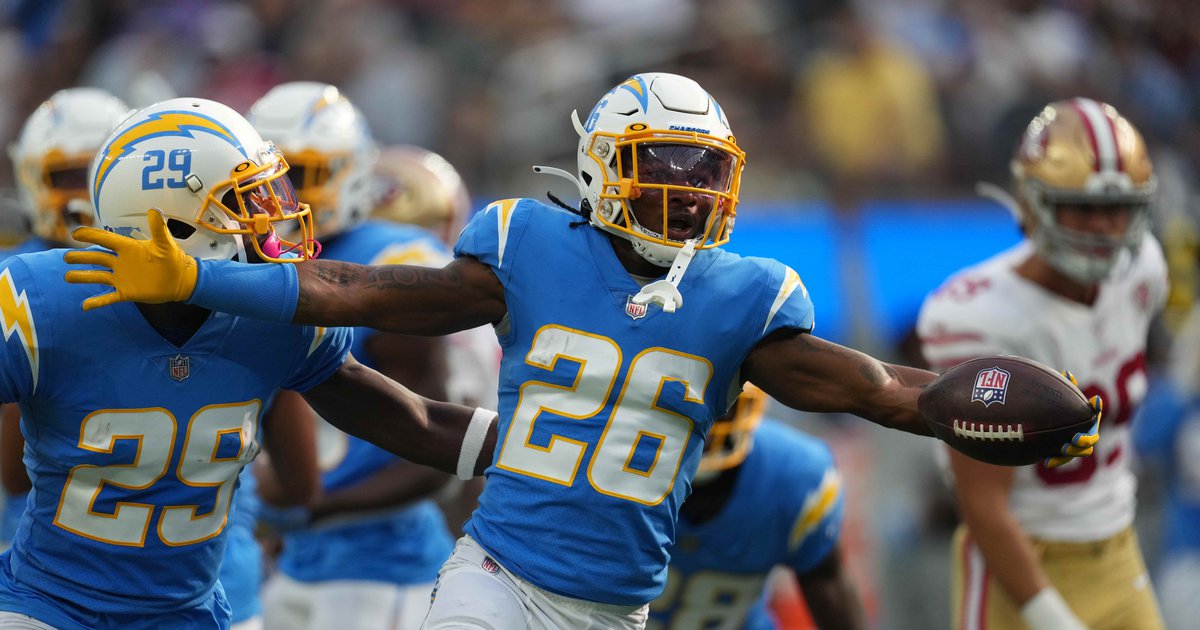 The Philadelphia Eagles will head into Week 9 of the NFL regular season reasonably healthy, as they only have one player designated as “out.” Of course, they do have four starters on injured reserve. The Chargers are a little more banged up, with some significant issues in their secondary and on their offensive line.

Here are the Eagles’ and Chargers’ inactives, with analysis.

• QB Reid Sinnett: Joe Flacco is out, Gardner Minshew is the new No. 2, and Sinnett is now the weekly inactive.

• CB Mac McCain: McCain hasn’t yet been active since being added to the roster after Week 1.

• CB Kary Vincent: The new guy will be on the shelf initially.

• RB Miles Sanders (IR): Sanders was carted off against the Raiders in the first game this season that Nick Sirianni appeared to prioritize the run game. Sanders’ injury isn’t season-ending. He’ll likely be out for just a few weeks. In Sanders’ first game out of the lineup, the trio of Boston Scott, Jordan Howard, and Kenny Gainwell combined for 37 carries.

• DE Brandon Graham (IR): Graham’s season is over with a ruptured Achilles. On the field, Graham was arguably the Eagles’ best defensive player in 2020. It’s clear since his loss that the Eagles miss his contributions as a pass rusher and run stopper, and the Eagles have not been able to adequately replace him. Off the field, Graham has unlimited energy and positivity, and he is a player that you just want to have around if you’re a head coach in the NFL.

• RG Brandon Brooks (IR): Brooks suffered a pectoral injury against the 49ers. It’s “only” a pec strain, as opposed to a tear, so while he’ll likely miss time (about 8 weeks, per Lane Johnson) on injured reserve, it’s not a season-ending injury.

• LG Isaac Seumalo (IR): Seumalo was carted off the field in the Eagles’ loss to the Cowboys. His season is over after having surgery for a Lisfranc injury.