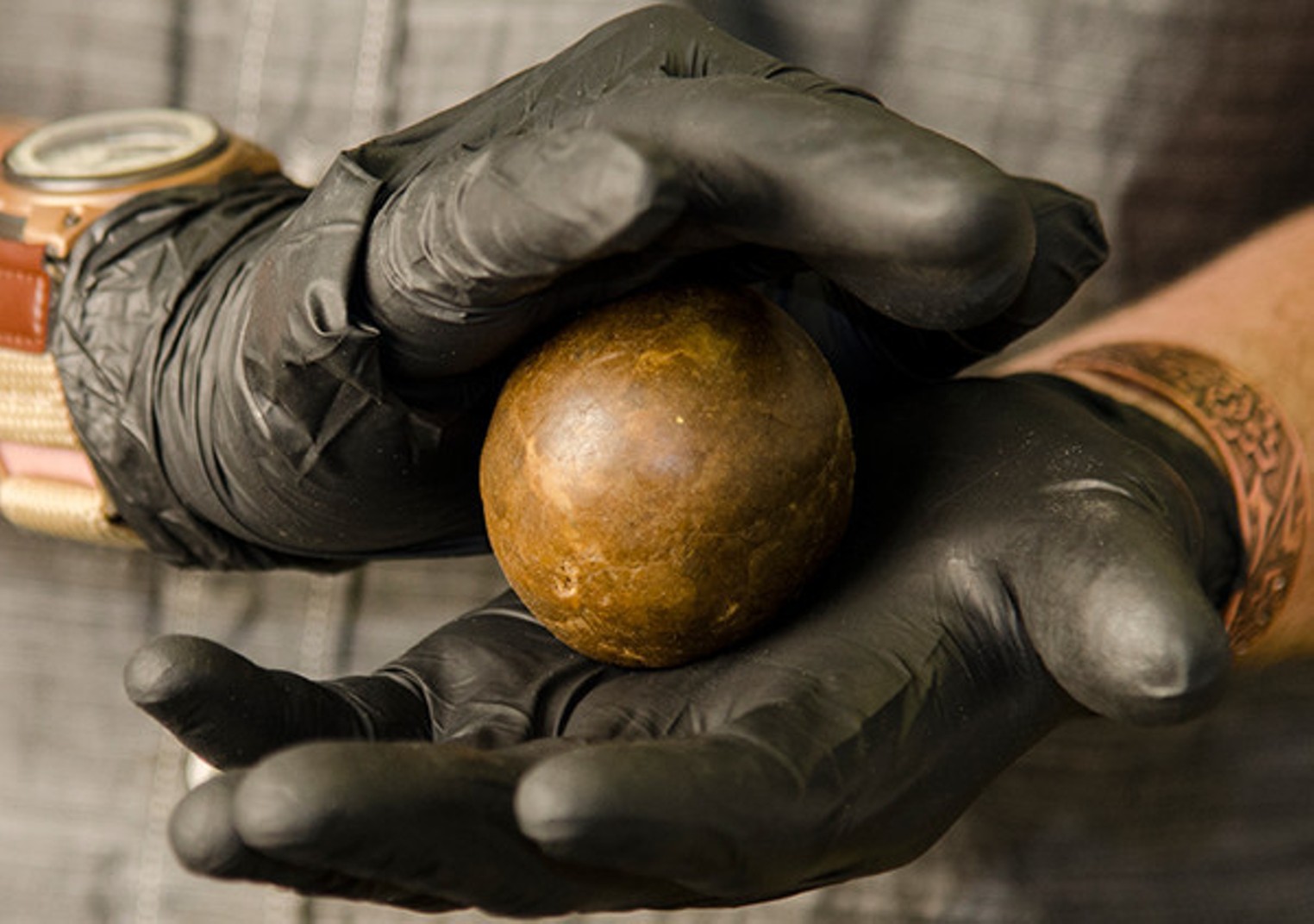 As the rest of the cannabis industry trends toward new techniques and technology, Joel Cameron has created a niche by doing things the old way. After co-founding the Greenery, a Durango dispensary, in 2013, Cameron launched the Greenery Hash Factory, which focuses on old-school extraction methods that most of his peers probably wouldn’t consider.

Lebanese and Moroccan hashish aren’t as potent as shatter, wax or rosin, nor are they dabbed or vaped in a cartridge. But not all of us want to shoot the moon every time we garnish our bowl or joint with something extra. These century-old extractions use nothing but the plant and are free of solvents and vaping liquid, creating a classic representation of a strain’s flavor and effect without topping 50 percent THC.

“In the beginning, our path was slower than most, because we were reintroducing a type of concentrate the younger generation had never experienced. Traditional hashish doesn’t have the potency of a wax or shatter; it cannot be dabbed, and it’s a bit more costly, so things took a bit,” Cameron explains. “But once the more mature crowd caught on, and once the millennials experienced the flavor and high of traditional hashish, things took off exponentially.”

To find out how classic hits are made today, we caught up with Cameron to learn more about his goal of re-establishing two of the world’s oldest forms of cannabis concentrate in one of the world’s most evolved legal marijuana markets.

Support the independent voice of Denver and
help keep the future of Westword free.

Westword: What led you down your hash journey?

Joel Cameron: Honestly, I realized that not everyone wants the over-the-top THC percentages associated with butane hash oil, and I’m a history buff, so I knew that the less-potent, traditional hashish in the Middle East had been consumed safely for thousands of years. And since there was no wholesale hash of this nature on the market, I decided to do it myself. Through mimicking this method, we’re making a product that comes directly from the plant — and secondly, we wanted to introduce a product with historical value. But as to becoming interested in the extract world, we also operate a high-volume dispensary in Durango called the Greenery, and our customers kept asking for real, old-school hash, so we listened and started out slowly.

Why pursue the old way of doing things, and not the solvent-based or rosin approach?

Old-school hash is tried and true. Humans have been making it safely for thousands of years, and it’s more trustworthy than something made with butane, because the effects of residual solvents haven’t been studied. That, and everyone else in Colorado makes solvent-based concentrates or heat-pressed rosin, so we didn’t want to jump into an already-saturated space.

Courtesy of the Greenery Hash Factory

Do you have many professional peers in this form of extraction?

Not that I’m aware of. There are a couple companies out there that are hand-pressing bubble hash and trying to pass it off as “traditional” or “old-school,” but they didn’t have ice water a thousand years ago in the Middle East where hashish started, so there’s nothing truly traditional about ice-water extracted hashes. To the best of my knowledge, the Greenery Hash Factory is the only company in Colorado making true hashish, and our products can be found in over 260 dispensaries across the state.

Without giving away your secrets, can you walk us through the Moroccan and Lebanese processes, and why they’re named what they are?

Sure! They both start with potent, dry-sieved kief that contains at least a fifty-fifty ratio of trichome heads to other plant material. With the Lebanese, we press the cold-cured kief in a form, and then cut the hash into one-gram bricks that are blond inside and darkened on the outside. With the Moroccan, we decarboxylate the kief and then hand-roll it into one-gram balls that are dark and musky throughout. In the beginning, trial and error was a real thing for us, and we had to build our products and processes from scratch in a commercial sense.

As to the names, I’ll admit that we got a bit of pushback in the beginning because our Moroccan hash isn’t made in Morocco, but not all Swiss cheese is made in Switzerland, so we’re okay with it. And we really do try our hardest to mimic the traditional ways these hashes were made. In Lebanon, the blonde kief collected early in the harvesting season was aged and then pressed with cloth so it retained its light color, and that’s exactly what we’re doing, sans the cloth. Moroccan hash was often cooked over an open flame (much in the same way traditional Afghani black hash was made) and hand-pressed, so our methods and names are an homage to regional tradition.

What do you prefer between the two?

The Lebanese hash isn’t decarboxylated, so it has a fresher, more flower-forward taste, and it’s easier to crumble if you’d like to add it to a joint or dust a bowl. The Moroccan has a deeper, muskier taste that’s reminiscent of the oldest forms of hash on record, and it’s stickier, so it’ll stay on a pin if you wanted to smoke it old-school under a glass. Really, my preference depends on my mood, because they’re both wonderful.

What do you like most about older extracts compared to newer commercial products?

In short, the ingredients: The only ingredient in our hashish is cannabis. All the newer stuff out there is made with hydrocarbons, and a lot of it is cut with botanically derived terpenes, which isn’t a true expression of marijuana, in my opinion — and the long-term effects of these additives are unknown. Right now, we’re just focused on our own products and processes, because everything else has already been done or reintroduced, and we’re doing our best to represent the traditional, solventless approach to cannabis, which definitely deserves a comeback.