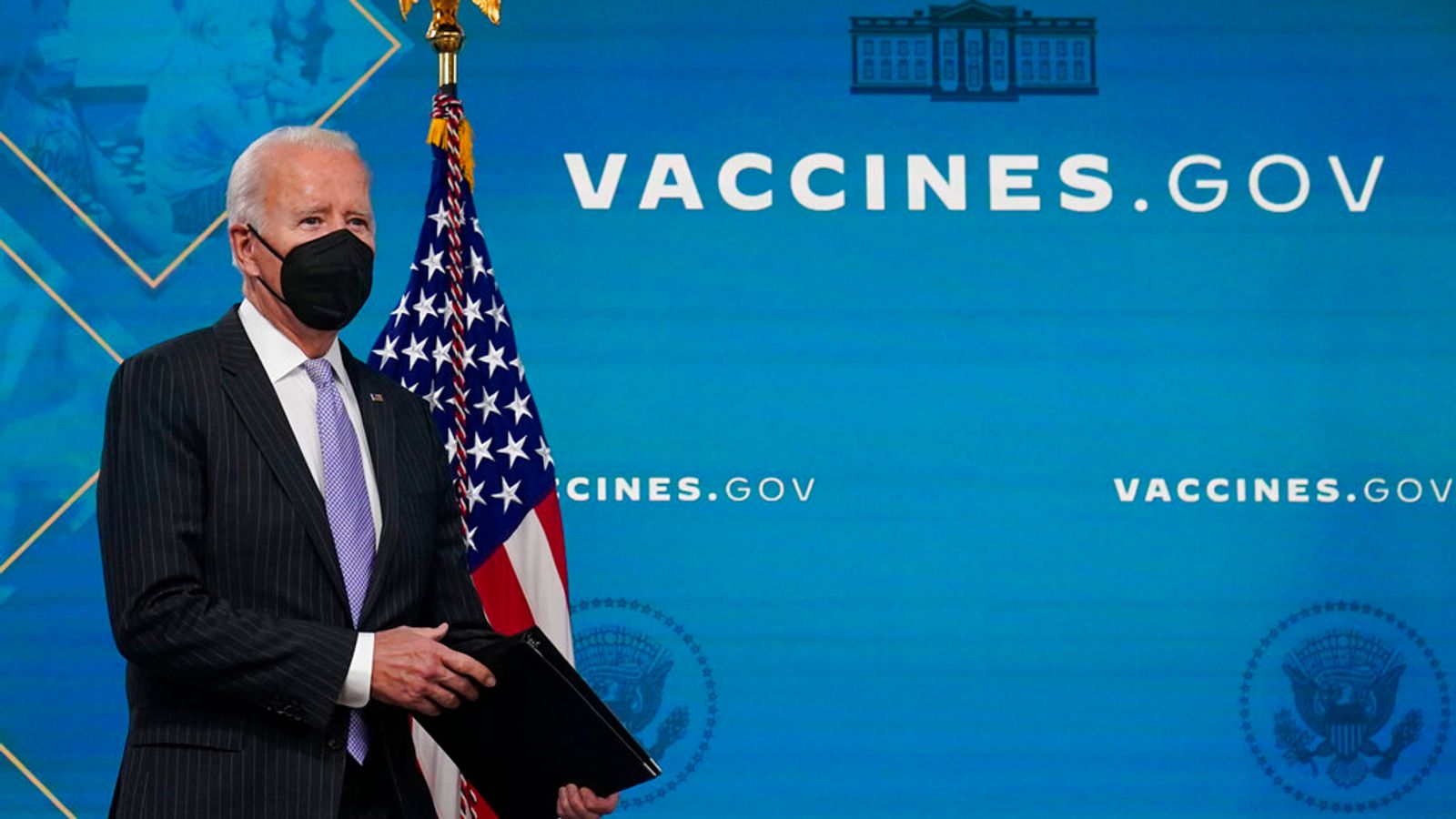 A federal US appeals court has paused President Joe Biden’s plans to mandate vaccines for private businesses with more than 100 employees.

The emergency stay of the mandate, which would be have required workers to be vaccinated or face weekly tests and mask-wearing, was granted by the 5th US Circuit Court of Appeals,

Jeff Landry, the Republican Louisiana attorney general, said that it prevents Mr Biden from “moving forward with his unlawful overreach”.

“The president will not impose medical procedures on the American people without the checks and balances afforded by the constitution,” he added.

Top legal advisor in the US Labour Department, Seema Nanda, said that they are confident of “its legal authority to issue the emergency temporary standard on vaccination and testing”

The Occupational Safety and Health Administration (OSHA) can “act quickly in an emergency where the agency finds that workers are subjected to a grave danger and a new standard is necessary to protect them,” she added.

A spokesman for the Justice Department, Anthony Coley, said in a statement: “The OSHA emergency temporary standard is a critical tool to keep America’s workplaces safe as we fight our way out of this pandemic. The Justice Department will vigorously defend this rule in court.”

Decisions like these usually apply to states, in this case Mississippi, Louisiana and Texas, but Mr Landry said the judges offered a national scope in this case.

“This is a great victory for the American people out there. Never before has the federal government tried in a such a forceful way to get between the choices of an American citizen and their doctor,” he said.

“To me that’s the heart of the entire issue.”

At least 27 states have challenged the mandate in circuit courts – some of which have a more conservative view, following judicial appointments by the former president, Donald Trump.

Vaccine uptake, as with many other parts of the world, has been widely encouraged by Joe Biden’s government, with the administration saying it is confident its mandate will be upheld because it pre-empted state laws.

The court, which is based in New Orleans, said the delay to the mandate was because of potential “grave statutory and constitutional issues” raised by the plaintiffs.

Mr Biden’s government must now offer a reply to the court if it is to keep its vaccine mandate alive.