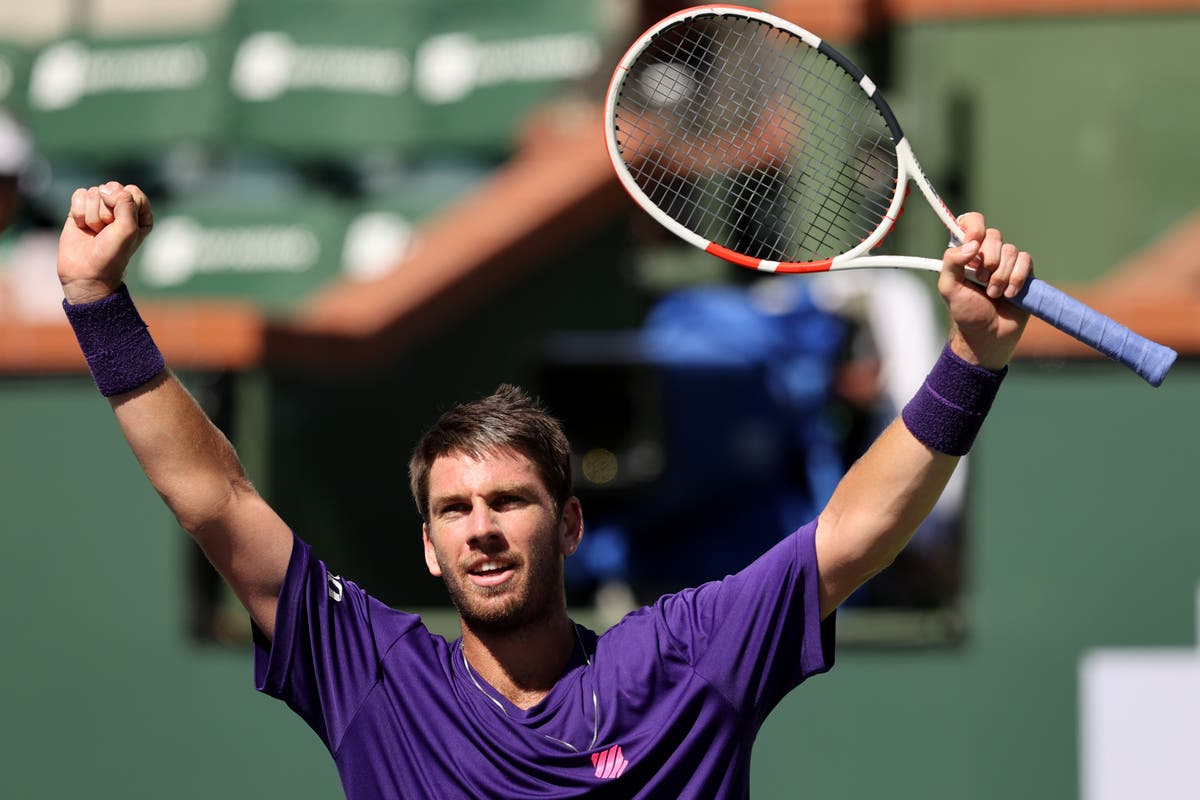 The 26-year-old has reached the last four at a Masters event for the first time in his career, in doing so guaranteeing that he will become the new top-ranked British male player when the rankings are updated on Monday.

He took the first set without dropping a game in 31 minutes.

The smooth-moving left-hander followed that faultless set with a largely comfortable second, thrice breaking his Argentine opponent, to advance to the semi-finals.

Norrie will meet either Gregor Dimitrov or Hubert Hurkacz for a place in the final.

His win secures him a place in the world’s top 20 for the first time, taking him beyond current British number one Dan Evans, who Schwartzman had beaten earlier in the week at Indian Wells.

Norrie becomes the 18th man to lead all Brits in the ATP rankings since their inception in 1973.