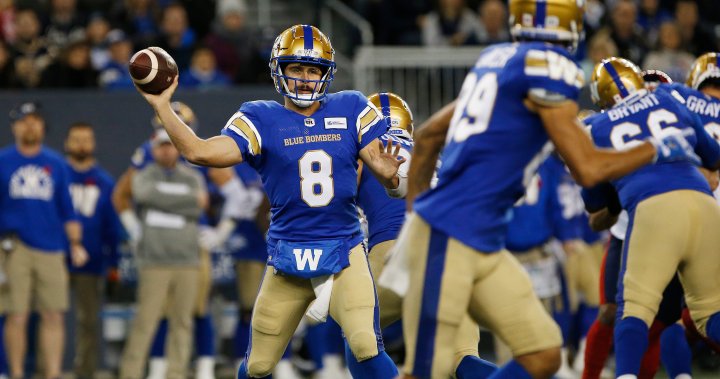 Zach Collaros threw for 280 yards and a pair of touchdowns as the Winnipeg Blue Bombers stayed perfect at home this season by defeating the Montreal Alouettes 31-21 in a seesaw battle Saturday night.

The Bombers have already clinched first place in the West Division and will host the division final on December 5th.

The Bombers and Als play a rematch in Montreal next Saturday and Winnipeg finishes the regular season on the road in Calgary.

Newly acquired Winnipeg kicker Sergio Castillo then connected on a 47-yard field goal with 1:23 remaining to make it 31-21.

Bombers defensive back DeAundre Alford capped it off with another pick of Harris with 54 seconds left.